If you’re a gaming peripherals brand, you probably want to appeal to the very top of the food chain. But not everyone plays for 10 hours every day and has mad skills to show off on their own Twitch channel. For these gamers, Logitech has introduced its new Prodigy series of devices, a complete family of gaming gear that includes two mice, a keyboard, and a headset.

These products still retain Logitech’s quality gaming DNA, but are priced attractively enough to appeal to a broad swathe of the market. 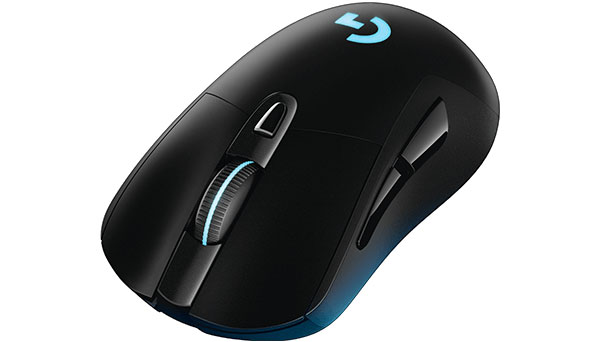 The Logitech G403 Prodigy gaming mice are available in both wired and wireless variants. Both mice feature lightweight, ergonomic designs, with rubber grips on the left and right sides for better grip. There is even a 10g removable weight for an added degree of customization, something that’s usually only found on higher-end mice.

The mice also boast a 12,000DPI PMW3366 optical sensor, widely regarded as the best sensor on the market now. In fact, this is the same sensor that is found on mice like the Logitech G Pro, a mouse expressly designed for competitive gaming, and the flagship G900 Chaos Spectrum.

The G403 Wireless Gaming Mouse even comes with the same wireless technology as the G900, which is pretty much the last word in wireless performance in mice today. Logitech is claiming a 1ms report rate over a 2.4GHz wireless connection, and when we reviewed the G900, it was virtually impossible to discern a difference between wired and wireless performance.

The Logitech G403 Prodigy mice are expected to be available locally starting in the middle of September. The wired version costs S$109, while the wireless model is more expensive at S$159. 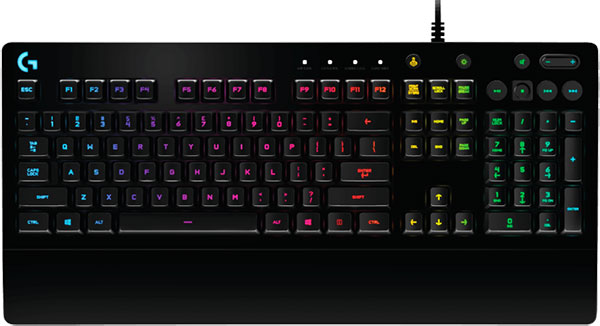 Then there’s the G213 Prodigy keyboard, which sports a matte black finish that should bring out its RGB illumination fairly nicely. There are a total of five RGB illumination zones that can be customized from up to 16.8 million colors, and you’ll be able to synchronize the lighting effects with other Logitech G devices using the Logitech Gaming Software.

That said, it’s clear that this isn’t some flagship-level keyboard. For instance, the integrated palm rest cannot be removed and it only features membrane-based keys.

Still, it comes with essentials like anti-ghosting, and the keys have been designed to be more responsive than regular membrane keyboards. There are also dedicated media keys, allowing you to navigate through your playlist without having to exit your game.

The G213 Prodigy has a retail price of S$99. It is expected to be available from the middle of September onwards as well. 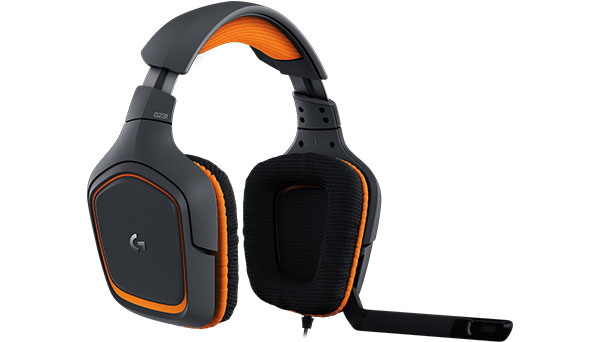 The G231 Prodigy headset utilizes 40mm neodymium drivers and features what Logitech says is a sports performance cloth that can preserve comfort over long hours of use. They’re also washable and can be removed easily, so you won’t have to worry about not being able to get rid of dirt and grime.

The headset also comes with a unidirectional boom microphone that can be positioned to pick up your voice and not the background noise, ensuring that your voice comes through loud and clear. The mic is foldable, so you can tuck it away when it’s not needed.

To cap things off, the headset is equipped with in-line volume and microphone mute controls for easier access to key functions. The ear cups can be swiveled up to 90-degrees as well, which can help you get a better fit, and you can fold them flat for easier transportation.

Like the other Prodigy devices, G231 Prodigy is available from mid-September onward and costs S$99.

Join HWZ's Telegram channel here and catch all the latest tech news!
Our articles may contain affiliate links. If you buy through these links, we may earn a small commission.
Previous Story
The Epson Moverio BT-300 smart glasses aim to set a new standard for augmented reality
Next Story
Striiv launches new Fusion Bio 2 activity tracker