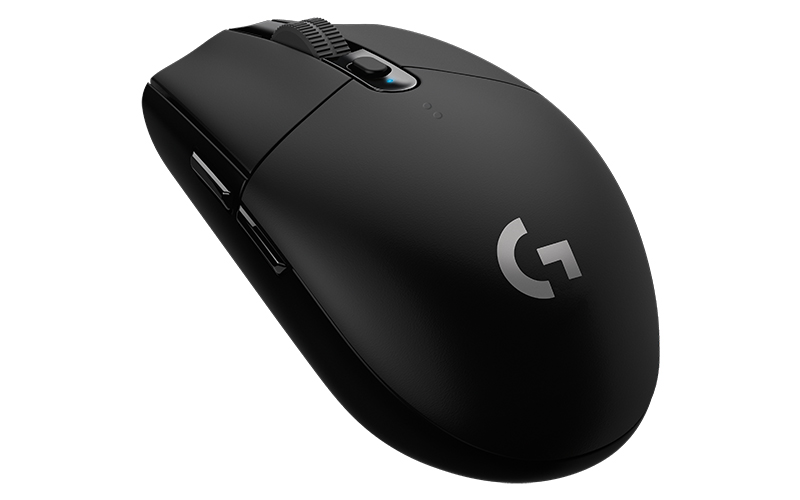 The company has announced the G304 (or G305 in some other markets), an affordable and no-nonsense rodent that boasts the lag-free Lightspeed technology and Logitech’s latest optical sensor.

However, the G Pro is more expensive at S$109, and the G304 is missing certain extras like the latter’s customizable RGB lighting.

A closer look at the specs sheet also shows that while the left- and right-click buttons on the G Pro are rated for 20 million clicks, those on the G304 are rated for half that.

That said, I wouldn’t lose sleep over this, and the G304 looks every bit like a very capable gaming mouse. Lightspeed technology aside, it uses Logitech’s new 12,000DPI HERO optical sensor, which I first reviewed in the G603.

The HERO sensor produces similar performance characteristics as the top-notch PMW3366 sensor at a much lower power draw, which is why it’s particularly suited for use in wireless mice.

The G304 runs off a single AA battery, and Logitech is claiming up to 250 hours of use in Performance mode, which uses the highest report rate. However, if you’re willing to settle for an 8ms report rate in Endurance mode, the battery is supposedly good for up to nine months.

But while most wireless mouse tend to weigh well over 100g, the G304 tips the scales at 99g, which is pretty light for a wireless rodent.

Previous Story
Samsung reportedly in talks with ZTE to sell its Exynos chips following U.S ban
Next Story
The OnePlus 6 has a 6.28-inch display, an all-glass body, and a starting price of US$529