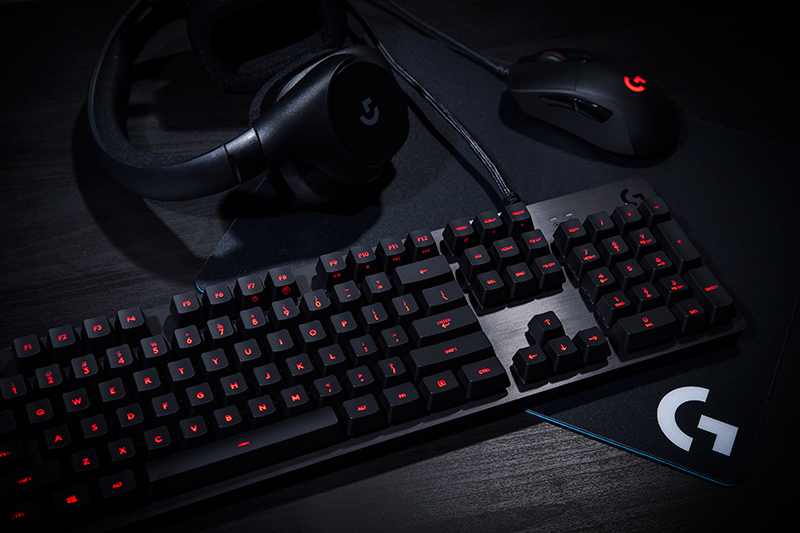 Logitech has announced the G413 mechanical gaming keyboard, a new mid-range offering with a new and more subtle design language.

The change is quite refreshing, and it’s always nice to see a gaming keyboard without glossy plastic or other protrusions and ridges that scream to be noticed. The color is different from Logitech’s usual palette as well. Gone is the all-black finish, and in its place you get options for either Carbon or Silver.

The Carbon version is quite close to the previous deep black, but it’s tempered by a brushed finish on the 5052 aluminum-magnesium alloy top plate. The metal alloy helps convey a sense of quality and elegance and is a truly welcome change from the plastic on most gaming keyboards.

The G413 has also employed a floating key design seen on keyboards like the HyperX Alloy FPS and those in the Razer BlackWidow X series. This means that the keys aren’t nestled together on a backplate that sits below a top cover, and one benefit of the new approach is that dirt and grime are simply more easily removed.

Logitech’s new keyboard is decidedly minimalist, and you won’t find any dedicated macro or media control keys. Media controls are instead bound to the Function row of keys, and the F1 to F12 keys can be programmed with custom macros and commands.

There’s no fancy RGB lighting here either, and the Carbon version features just a single-color red backlighting. In comparison, the Silver version comes with white LEDs. That said, there are options for different brightness levels and a breathing effect.

Like Logitech’s other gaming keyboards, the G413 is equipped with the company’s own Romer-G switches, which are best described as feeling closest to Cherry MX Browns. These feature shorter actuation distances – 1.5mm versus 2mm – compared to regular Cherry MX switches, which allows for faster key presses in theory.

And for all its minimalism, Logitech has also managed to include a USB passthrough that supports both charging and data transfers.

The Logitech G413 Carbon will be available here on 28 April for S$129. There’s as yet no word on availability for the Silver version.