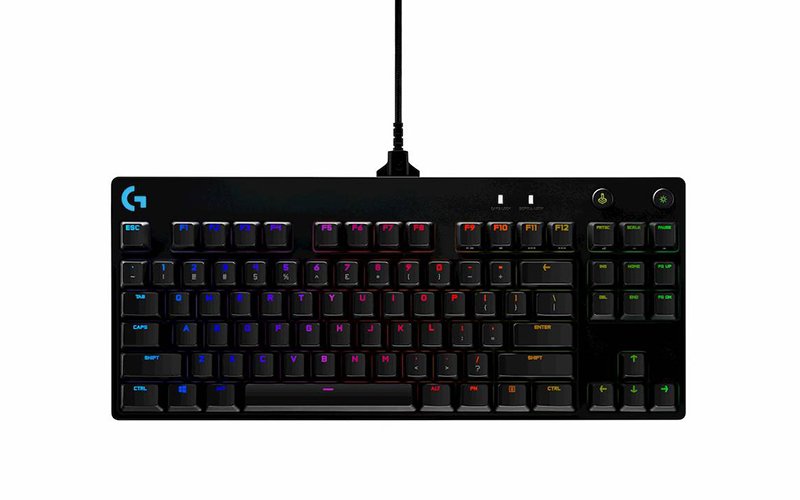 Logitech today announced the G Pro X Mechanical Gaming Keyboard, a brand new offering that looks much like its existing tenkeyless G Pro model. However, the G Pro X comes with a "hot-swappable" PCB, which means that you can pull out the switches without needing to go through the hassle of desoldering them.

Keyboards with this hot-swappable design are nothing new, but they've mostly been confined to the custom keyboard space and manufacturers like Input Club. That aside, Tecware does also offer this feature on its Phantom Elite, Phantom RGB, and Spectre mechanical keyboards, all of which are very reasonably priced options if you want the freedom to try out different switch types.

However, the G Pro X is the first time that a major gaming brand is offering hot-swappable switches. At launch, the G Pro X will be available with GX Blue Clicky, GX Red Linear, and GX Brown Tactile switches, but Logitech will also be selling packs of 92 switches for you to kit out your keyboard anew. These GX Blue Clicky switches were first introduced on the G512 keyboard, and they mark a departure from Logitech's previous focus on its proprietary Romer-G switches.

Furthermore, the GX switches are based on the design of the popular Cherry MX switches, so the latter should work with the G Pro X as well. There are plenty of other switches based off the Cherry MX design too, such as Kailh Box, Gateron, and even boutique switches like Zeal PC's Zealios and Tealios switches, so it stands to reason that you can also use them with the G Pro X.

That's a whole lot of switches to play with if you care to experiment. The G Pro X ships with a plastic switch and keycap puller, so you'll have the necessary tools right in the box.

Elsewhere, Logitech has gone with a pretty standard detachable micro-USB cable. That said, I'd really have liked to see USB-C used here, as on Razer's Huntsman Tournament Edition. Of course, there's support for LightSync RGB lighting as well and custom onboard lighting profiles that you can program in Logitech's G Hub software.

There are two variants of this keyboard – a G Pro X model with the removable switches and a regular Pro model that only comes with clicky switches. The G Pro X will retail locally at S$229 and is already available for pre-order at X-treme Solutions.