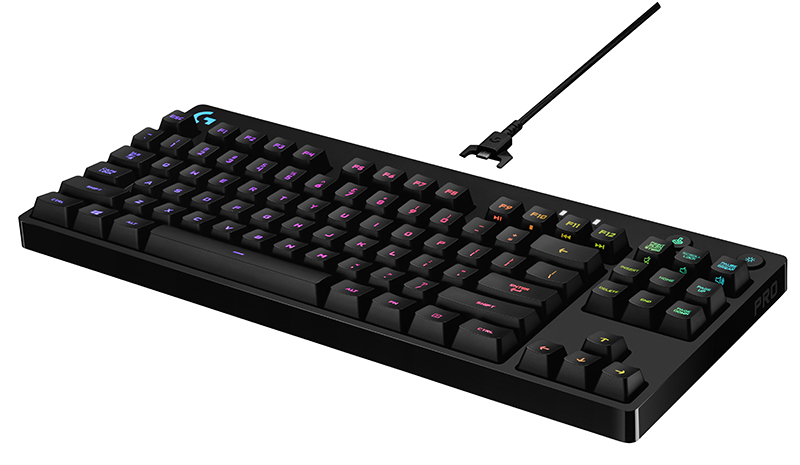 Logitech has announced the local availability of the Logitech G Pro mechanical gaming keyboard, a lean and mean black slab that focuses squarely on the essentials.

The keyboard was designed with professional gamers in mind, so there are few features that don’t serve a functional purpose.

For starters, this is a compact 87-key design that is missing the number pad. This generally makes it easier to center the keyboard, or position it according to your preference, and the added space frees up more room for mouse movements.

The G Pro mechanical keyboard features Logitech’s own Romer-G switches, the birthchild of a partnership between Logitech and Japanese switch maker Omron. The rationale behind many gaming keyboard manufacturers’ decisions to opt for their own switches is that the more common Cherry MX switches were never designed with gaming in mind, hence the need for new switches that will serve gamers better. 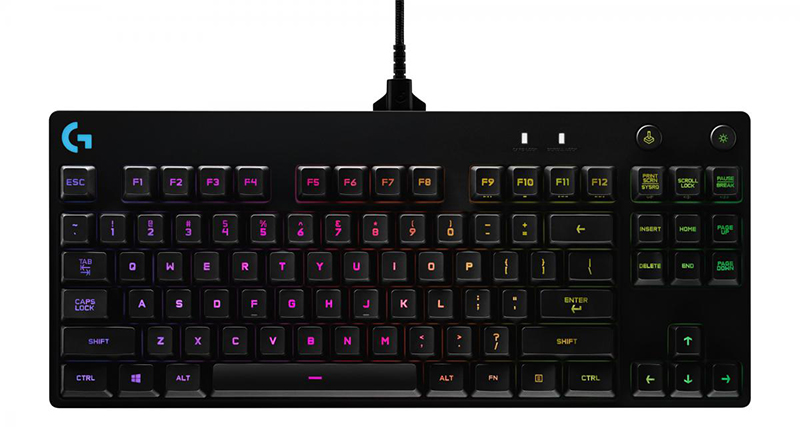 Romer-G switches have an actuation distance of 1.5mm (total key travel distance of 3mm), compared to the 2mm on Cherry MX switches. This allows for quicker execution of key presses in theory, but there’s probably not going to be that much of a tangible difference.

The switches were also tuned to be fairly light, with an actuation force of 45g. They’ve been compared to Cherry MX Browns, but with a lighter tactile bump near the top.

There was a focus on durability as well, and the Romer-G switches are rated for up to 70 million key strokes, while a steel backplate adds extra structural rigidity.

If you’re used to having dedicated macro keys, you’ll be able to replicate some of that functionality on the G Pro as all the function keys can be reprogrammed in the Logitech Gaming Software driver. On top of that, select keys double up as media controls, so you don’t lose too much compared to a full-sized keyboard.

Another useful feature is the three-step angle adjustment, which gives you more options in selecting a comfortable height for the keyboard. Of course, you get customizable RGB lighting as well, so the keyboard is by no means plain.

You can buy the Logitech G Pro mechanical keyboard for S$199 starting now. Logitech has also brought its G Pro gaming mouse to Singapore, and that will cost you S$109.