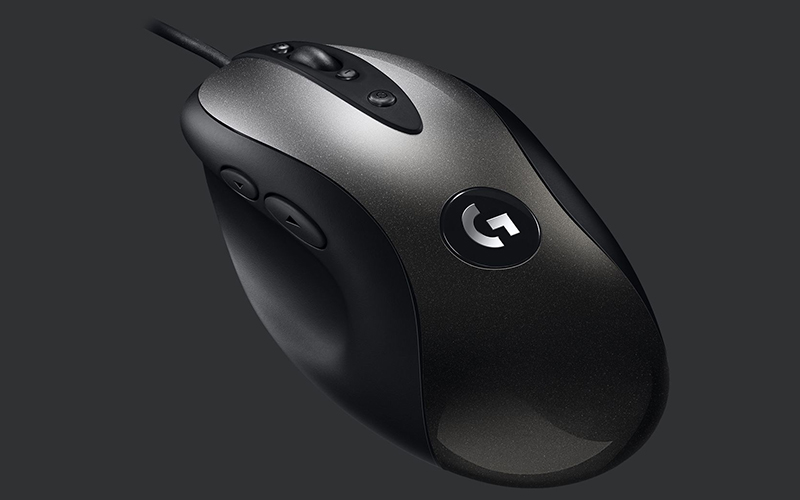 Those of you who grew up playing games in the 2000s may remember the Logitech MX518. First released in 2005, the mouse is something of a classic, combining a comfortable shape with good button placement and a reasonable price. In fact, it is so popular that Logitech has sold a total of 16.4 million units over the mouse's lifetime.

Of course, the MX518 is a little dated by today's standards, what with the proliferation of wireless mice that boast flawless tracking and performance. Having said that, Logitech is now launching the MX518 again, along with a few upgrades to help spruce it up.

The new MX518, or G MX518 as Logitech is now calling it, comes equipped with a 16,000DPI Hero optical sensor that can track at over 400 IPS. This is also the same sensor as the one used in the company's other flagship mice like the G Pro Wireless, and it exhibits no discernible acceleration or smoothing.

In addition, the new G MX518 mouse features a 32-bit ARM processor for a 1ms response rate and onboard memory that can store up to five profiles. This should make it easier if you intend to use the mouse with different machines or if you want to customize unique profiles for different games. The mouse has a total of eight programmable buttons, so there's quite a lot to play around with.

Finally, the G MX518 comes with a new "Nightfall" finish that gives it a more modern look. The mouse weighs 101g, which is a little on the heavy side, but its comfortable shape should still help it endear itself to the masses.

The G MX518 is available for pre-order now at US$59. There's no word on local pricing or availability yet, but I'll update if there's news.