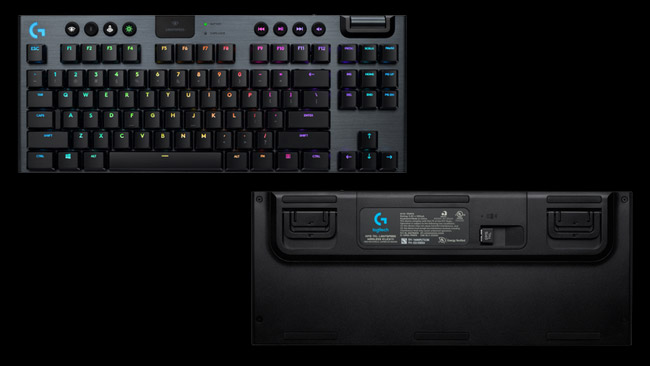 Just last week, Logitech unveiled the newest addition to their gaming equipment family, the tenkeyless variant of their popular G915 Mechanical Gaming Keyboard. Weighing around 810g excluding the cable, the aptly named G915 TKL is a viable pick for gamers who operate in or prefer smaller, more compact setups.

For the uninitiated, a tenkeyless keyboard is basically what it says on the box: a keyboard that does not have the number pad on the right end. This variant appears to be more popular among users who are, as mentioned earlier working on a tight budget and office space, or who play games that do not really make much use of the number pad.

This variant of the G915 measures a tidy 368mm by 150mm by 22mm, with a 1.8m cable and a USB receiver can be tucked into the back of the keyboard for greater portability.

The Pro-Grade LIGHTSPEED wireless technology provides a much appreciated 1ms report rate, but like any gaming keyboard out there, the biggest point of interest is in the keys itself. For the G915 TKL, users can pick from three types of keys, all of which are half the height of regular mechanical keys: GL Linear, GL Tactile and GL Clicky. The GL Linear keys are the best fit for users who prefer discernible actuation, meaning you can feel when the key is merely pressed versus “activated”, while GL Tactile keys are great for those who prefer smooth, fluid keystrokes. Lastly, GL Clicky keys that provide that signature, “clicky” feedback usually associated with mechanical keyboards are also up for selection. 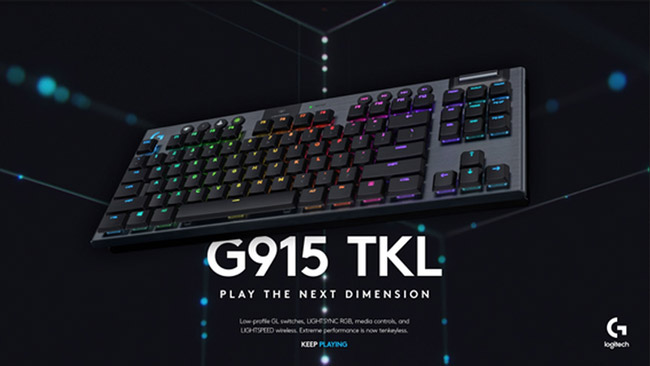 Meanwhile, the keyboard has a 40-hour battery life that can be quickly recharged in around 3 hours. Low-battery LED warning icons, which will activate when it reaches 15% or lower are included as well, providing a prompt reminder to users to plug it in. Additionally, RGB fans will also be happy to know that the G915 TKL will come with LIGHTSYNC RGB Technology with Per-Key customisation, sporting various in-game colour integrations from across 16.8 million colours via Logitech G HUB software.

It’s all wrapped up in a thin, sleek chassis featuring a dedicated volume wheel, media keys and a hardy 5052 aluminium alloy top plate, giving the keyboard a minimalist yet stylish look. As for the price and availability, the G915 TKL will go on sale via authorised resellers sometime in mid-June 2020 at an SRP of S$349.