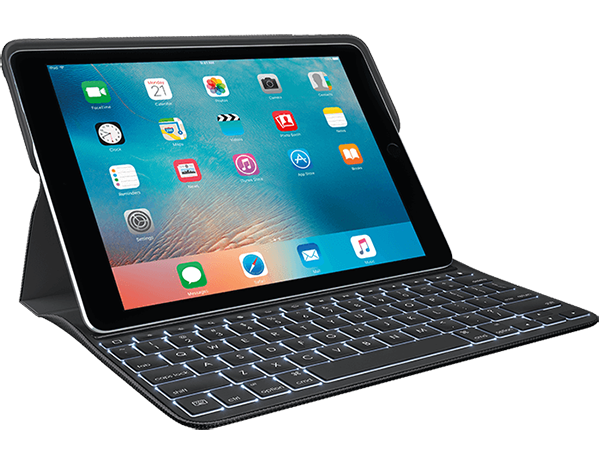 Earlier this year, Apple launched a new smaller version of the iPad Pro, and now there's a new keyboard accessory to go along with it.

Apple's own Smart Keyboard is pretty good, but it lacks some features, most notably backlit lightning.

Logitech's new Create keyboard for the iPad Pro 9.7, on the other hand, has backlit lighting.

It also connects directly to your iPad Pro 9.7 using Apple's Smart Connector, so there's no need to mess around with Bluetooth, which has the propensity to be a little unreliable at times.

There's also a handy holder for your Apple Pencil, plus it functions as a full casing for your iPad Pro.

And if it's as good to type on as Logitech's older Create keyboard for the 12.9-inch iPad Pro, then this new keyboard should be a real peach.

The Logitech Create keyboard for the 9.7-inch iPad Pro is available now and retails for S$219.

Previous Story
Getty Images struck by another lawsuit involving 47,000 misused photos
Next Story
The Galaxy S7 edge is the best selling Android phone in the first half of 2016