Live photo of Google Pixel 5 and Pixel 4a 5G leaked

Live photo of Google Pixel 5 and Pixel 4a 5G leaked 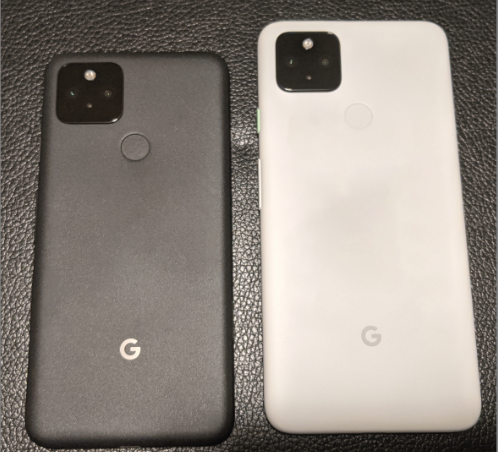 Days after purported renders of the Google Pixel 5 surfaced, the first live photo of the device and the Pixel 4a 5G were shared by a Redditor. While the post has been deleted, XDA Developers managed to find a copy of the photo along with the specs.

Although the authenticity of the photo and specs cannot be verified, it lines up with the purported renders. Both phones are seen with a rear fingerprint sensor and a square camera bump. The Pixel 5 is said to have a 4,000mAh battery, two rear cameras (12.2MP Sony IMX363 primary sensor + 16MP IMX481 wide-angle lens), an 8MP front-facing camera, 8GB RAM, 90Hz display and no headphone jack.

The Pixel 4a 5G comes with a smaller battery capacity of 3,800mAh, a 60Hz display, the same rear camera module and front-facing camera, 6GB RAM, and a 3.5mm headphone jack. Both phones are expected to be powered by Qualcomm Snapdragon 765G.

Rumours suggest that both phones are likely to be available for pre-orders in October. Google officially introduced the Pixel 5 and Pixel 4a 5G earlier this month.

Join HWZ's Telegram channel here and catch all the latest tech news!
Our articles may contain affiliate links. If you buy through these links, we may earn a small commission.
Previous Story
Virtual reality startup Spaces reportedly acquired by Apple
Next Story
Synology launches new 5-bay DS1520+ NAS for the home power-user