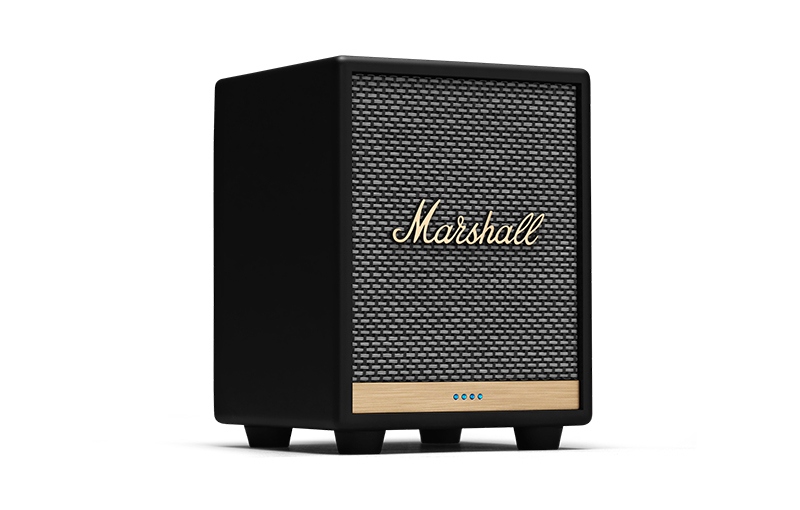 Wireless Bluetooth speakers are aplenty, but few are quite like the newly released Marshall Uxbridge Voice coming to Singapore officially on 7 June 2020.

The Marshall Uxbridge Voice is a voice-controlled speaker via Google Assistant that resembles a miniature version of a guitar amp. Despite its compact frame, the Uxbridge Voice is designed to provide Marshall's signature sound via its "advanced set-up with high-end components". The 1.39kg enclosed-cabinet speaker itself has adjustable bass and treble controls, and a 30W Class D amplifier powers the woofer and tweeter.

Google Assistant compatibility means that the speaker allows its user to play and control music, podcasts, and radio streaming content, hands-free. It connects to Wi-Fi (up to 802.11ac, also known as Wi-Fi 5), the built-in Chromecast, AirPlay 2, and Bluetooth 4.2. Even when you're across the room, its integrated far-field microphone array can pick up your voice commands. Finally, its support for Chromecast and AirPlay 2 means that the Marshall Uxbridge Voice can be configured as a part of a multi-room system, where each unit can either play a different or the same song through these commands.

The Marshall Uxbridge Voice will be available at S$399 on 7 June, but pre-orders are now available exclusively via Lazada. To learn more about the speaker, check it out here.

Join HWZ's Telegram channel here and catch all the latest tech news!
Our articles may contain affiliate links. If you buy through these links, we may earn a small commission.
Previous Story
Facebook’s new Manage Activity feature lets you clean up your past on the social network
Next Story
You can now create Messenger Rooms through Instagram and WhatsApp