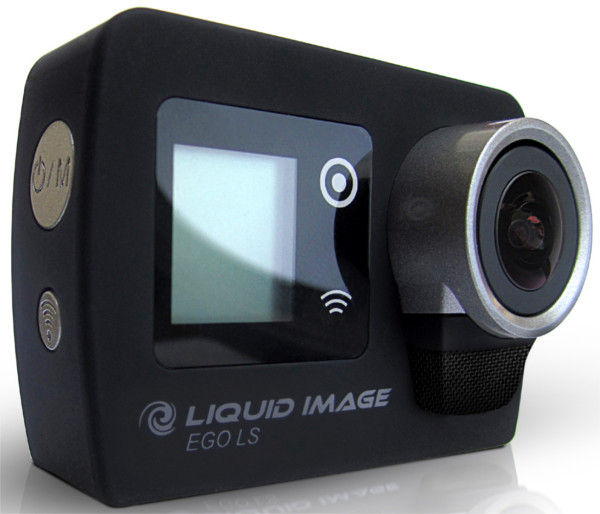 This mountable, multi-functional HD camera comes with four wireless capabilties - 4G, Wi-Fi, Bluetooth, and Low Frequency RF. With the ability to stream photos and videos over a 4G LTE network or a Wi-Fi network, users can download the Liquid Image app (for both iOS and Android devices) to enable the camera to stream live view over Wi-Fi, so you can view your photos and videos, or use it as a remote control to activate the camera, and more.

Bluetooth is embedded to operate the camera by remote control (included) as well as adding the possibility to connect peripheral devices such as biometric devices, remote microphones, and headsets to the camera. The Low Frequency RF allows the camera to stay in standby mode for an estimated duration of over 24 hours without draining the battery. It comes bundled with an external battery, flat mount bracket, an extra adhesive foam pad, and a USB cable, and will be available (with, and without the 4G LTE Module) for US$199.99 this June.

Featuring a frameless style lens for the eyes, it includes a 3-megapixel camera, and lets you capture HD 1080p videos at 30fps, or HD 720p videos at 60fps for smooth motion on the slopes while snow skiing/snowboarding. With the wide angle camera lens positioned to the side to capture action in HD, the top right side of the goggle houses a button at the back, for toggling between on/off/video modes, and another button near the front for recording still images.

To shoot a photo or video, simply turn on the camera with the back button to place it in standby mode, then press the same button again to start/stop the video. When the camera is on in standby mode, press the front button to record photos. Pressing the back button and holding for 2 seconds will power down the camera. An LED indicator light inside the goggle signals the recording action to the user with a single blink for recording a still image and continuous on/off blink for recording video.

On top of a card slot which supports up to 32GB micro SDHC, the camera includes a rechargeable battery, and mini USB connectivity. The OPS Snow Goggle Model 350 with a price tag of US$199.99 is estimated to ship in January, and will be available through www.liquidimageco.com.

Like the OPS Snow Goggle, the OPS Swim Goggle features a 3-megapixel camera, and lets you shoot HD 1080p videos at 30fps, or HD 720p videos at 60fps for smooth underwater motion. It also works the same way as the Snow Goggle, and with a similar card slot, rechargeable battery, and mini USB connectivity.

The OPS Swim Model 330 is priced at US$119.99 and is estimated to ship in May 2014, and will be available through www.liquidimageco.com.

The Ego LS, OPS Snow Goggle Camera, and the OPS Swim Model 330 will be exhibited at the CES 2014 Unveiled Event on 5 January at Mandalay Bay as well as at Booth #31136, South Hall, at the tradeshow happening from 7-10 January.

All images accredited to Liquid Image.