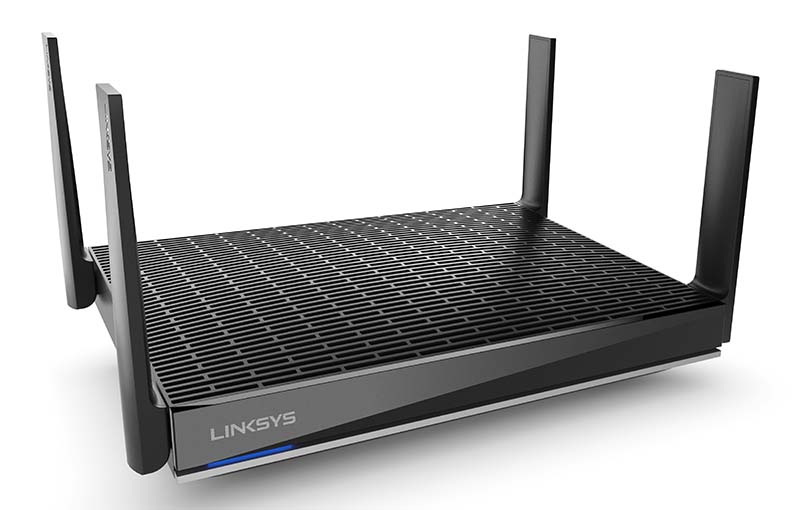 Linksys, one of the earliest adopters of mesh Wi-Fi for everyday users, is here with another tempting router for blazing Wi-Fi 6 speeds.

The wireless connectivity brand just launched the Linksys MR9600 (AX600) mesh router that offers up to 6Gbps of speed and 3,000sqft coverage (more than double of the average five-room HDB flat). As a dual-band router that supports the Wi-Fi 6 (802.11ax) standard, it offers 1,147Mbps on the 2.4GHz band and 4,804Mbps on its 5GHz band.

According to its makers, the MR9600 can support more than 40 connected devices simultaneously with "without any interference for continuous 8K video streaming and advanced gaming". It can also be a master or child node with any earlier or newer Linksys mesh Wi-Fi product since it's supported by the brand's proprietary Intelligent Mesh Technology. Each MR9600 features two USB 3.0 ports, and a total of five Gigabit Ethernet ports (one WAN, four LAN). There's no shortage of connectivity alternatives for most home networking needs.

Folks who're looking for a budget-friendlier mesh Wi-Fi router can consider the Linksys MR6350. It offers up to Wi-Fi 5 connectivity on two bands, giving its users speeds of 867Mbps and 400Mbps respectively.

This router also uses the brand's proprietary Intelligent Mesh Technology - it's designed to work with other mesh Wi-Fi routers by Linksys. On the back are five Gigabit Ethernet ports (one WAN, four LAN), one USB 3.0 port, and it can wirelessly support up to 12 connected devices.