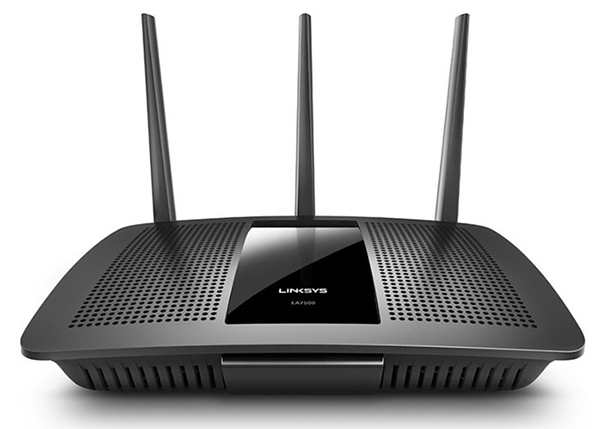 Linksys has just announced that it will release its new Max-Stream AC1900 MU-MIMO Gigabit Wi-Fi router on 2 June 2016 at the PC Show, Challenger and Hachi.tech.

The new Max-Stream AC1900 Gigabit Wi-Fi router is, as its name suggest, an AC1900-class router that supports new MU-MIMO technology that was first made famous by its more expensive EA8500 Max-Stream AC2600 router counterpart.

MU-MIMO stands for Multiple-user Multiple Input Multiple Output, and it is a revolutionary technology that allows routers to transmit to multiple client devices simultaneously as long as they support MU-MIMO too.

Using MU-MIMO, the router can transmit data to multiple devices to make better use of its available bandwidth, and also increase total throughput without the difficulty of adding support for extra spatial streams on mobile devices. You can read more about this technology over here.

The Linksys EA7500 router is powered by a 1.4GHz dual-core Qualcomm processor and supports up to 1300Mbps on its 5GHz band and 600Mbps on its 2.4GHz band.

It also comes with a single USB 3.0 port and a single USB 2.0 port for users who want to connect printers and external storage devices for print and file sharing.

Finally, the Linksys EA7500 also comes with Linksys' renowned Smart Wi-Fi software, which makes it easy to setup and use.

For those looking for an even bigger deal, customers who sign up for Singtel Broadband Fibre Plans at the PC Show will be able to purchase the EA7500 router at just S$229.

In addition, the EA7500 router will also be available at Hachi.tech.

Join HWZ's Telegram channel here and catch all the latest tech news!
Our articles may contain affiliate links. If you buy through these links, we may earn a small commission.
Previous Story
Display suppliers preparing to mass produce OLED displays for the 2017 iPhone
Next Story
NVIDIA is reportedly working on two new GP102-based cards; the GTX Titan, and the GTX 1080 Ti