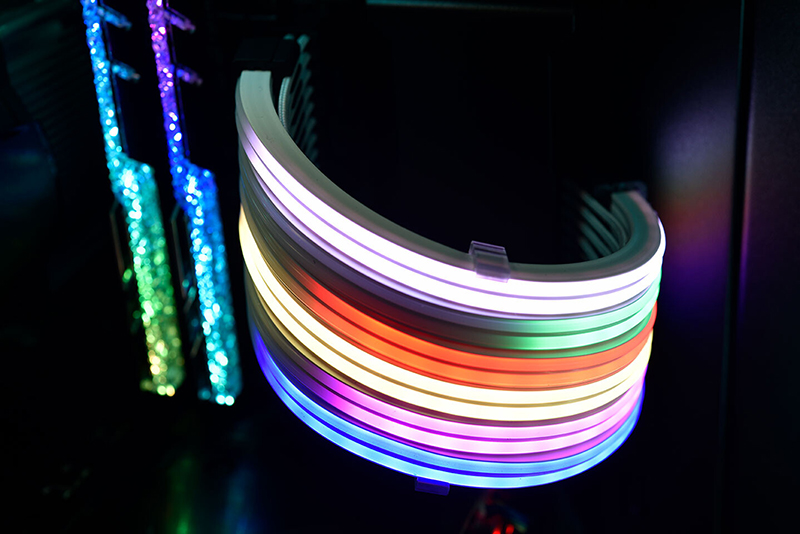 Lian Li has announced the Strimer Plus RGB extension cables, the successor to the original Strimer it launched back in 2018. The Strimer Plus is available as either a 24-pin or 8-pin cable, and they feature improvements to simplify the installation process and pack even more LEDs than before.

The additional LEDs mean that the Strimer Plus is even brighter than its predecessor, and it also offers more lighting configurations than before with a choice between seven colours and 18 lighting modes. You can manage the various lighting modes using the bundled controller, but the cable can also be synchronised with your motherboard's lighting software if you want a more unified look across your setup.

In comparison, the older Strimer had just 10 lighting presets. However, it seems like Lian Li has ditched the PCIe bracket on the Strimer in favour of the controller box, which means the lighting controls are less easily accessible.

This box will take up to two Strimer Plus cables, and it draws juice from a SATA power connector. Four buttons on the controller give you access to things like the lighting colour, speed, brightness, and pattern, but you'll have to find some place in your chassis to stow it away neatly. The controller also has an addressable RGB connection, which interfaces with your motherboard's 3-pin ARGB header via the included cable adaptor. This is how you'll sync the Strimer Plus with your motherboard, so you don't necessarily have to open up the case to fiddle with the controller.

Join HWZ's Telegram channel here and catch all the latest tech news!
Our articles may contain affiliate links. If you buy through these links, we may earn a small commission.
Previous Story
FSP's futuristic T-WINGS chassis can hold two high-end PCs
Next Story
24 PUBG Mobile teams from Malaysia and Singapore will battle for US$150,000