Note: This article was first published on 21st September 2021 and is now updated with local details. 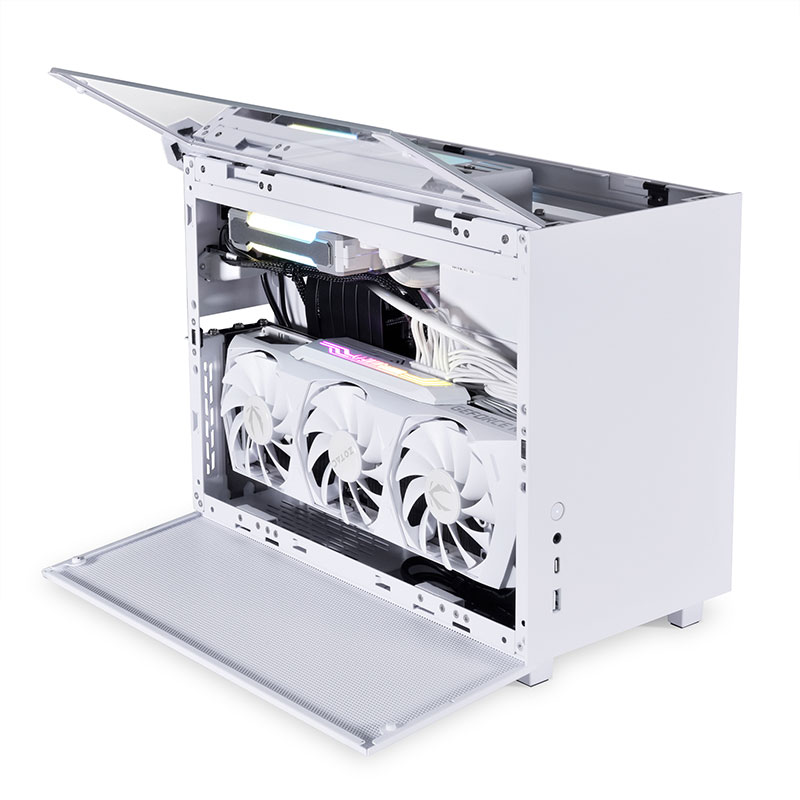 On the heels of their recent O11 Air Mini release (which has a case volume of 43L), Lian Li has announced the Q58 small form factor case. The name of the game for this release is versatility; the mini-ITX case comes in at just 14.5L in volume, and is compatible with SFX and ATX PSUs, with support for 320mm triple-slot GPUs.

But with a casing this compact, your choice of PSU size also changes your cooling options. Case cooling comes in at one 120mm fan or radiator at the top and one 120mm fan at the bottom if you go for an ATX PSU. You get a bit more room with an SFX PSU, with an additional 140mm fan or the option to upsize to a 280mm radiator, though for the latter, the actual supported length varies depending on where you mount it within the system varying between 304mm to 325mm at maximum. 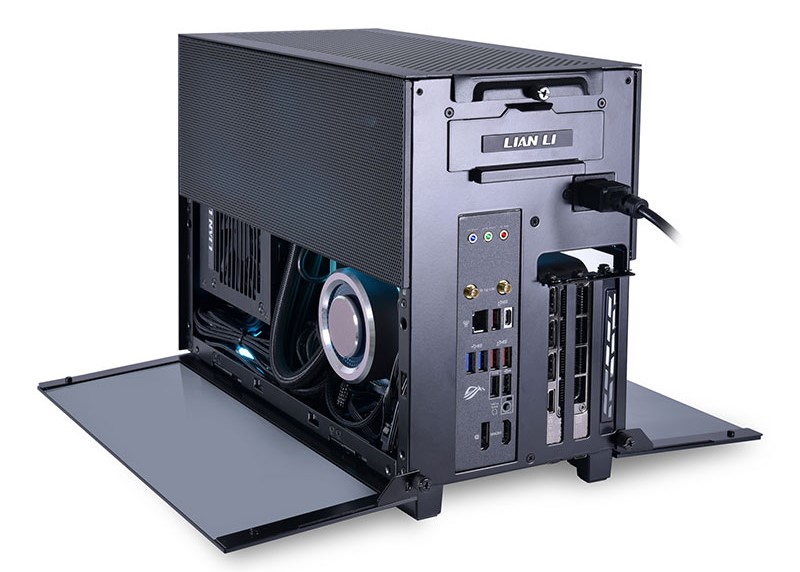 Speaking of storage, the Q58 also has a few built-in storage options depending on your choice of PSUs. There are mounts at the front and bottom of the case, behind the motherboard tray, and it's capable of fitting another 2.5-inch SSD or 3.5-inch HDD in there through an expansion bracket. Here are the configurations allowed based on the PSU chosen:-

These extra storage options could come in handy in case your mini-ITX board doesn’t satisfy your storage needs with its onboard M.2 slots. Perhaps the most interesting out of all of them is the toolless hotswap 2.5-inch SSD tray underneath the front and top panels, which may be useful if you're working between two different drives.

Depending on your colour variant, the finish on your case will vary. The front panel and top panel comes in aluminium, with the black variant having a two-tone brushed and anodized finish, and a colour-coated aluminium on the white version.

Each side panel consists of two horizontally split parts, with four removable panels in total, which are hinged to the case for ease of access into your PC (refer to the image above for reference). The default is a 3.0mm-thick tempered glass and 1.0mm-thick mesh panel combo, though we imagine that would change depending on your needs. For those purely concerned with airflow, Lian Li also sells a mesh kit as an accessory, like so:- 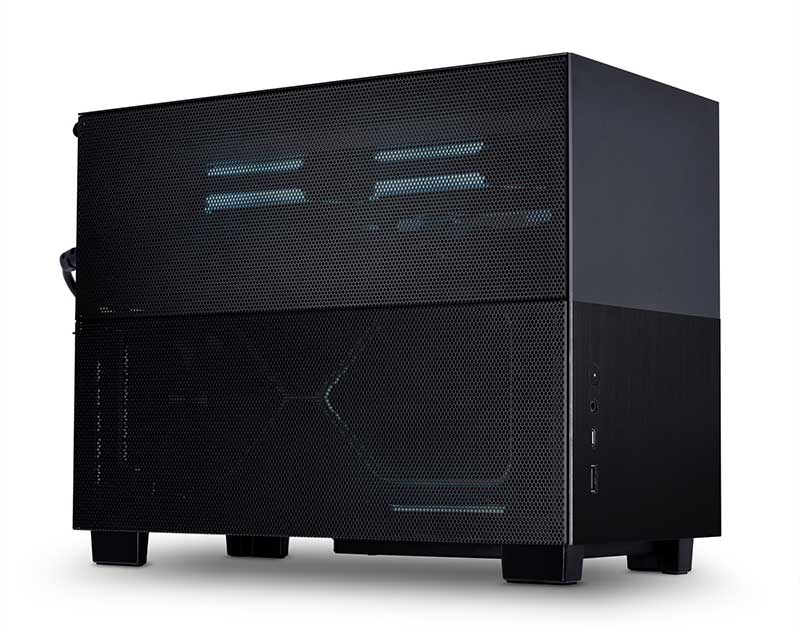 The Q58 comes in either black or white, As the GPU can only be vertically mounted, you get a PCIe 3.0 riser cable as standard for your troubles. You can also opt for a more expensive variant with that comes with a PCIe 4.0-ready cable, if you're set on using a higher-end graphics card.

Flipping the Lian Li logo on the back also reveal a fan hub panel where cables can be neatly routed and managed between motherboard and the fans themselves, minus having to deal with individual cable mess reaching to the motherboard directly. This hub also has headers for ARGB lighting. If that last one piques your interest, you'll be happy to know that Lian Li also sells a dual-LED strip kit as an accessory to fill those needs.

If you're into some of the less flashy quality-of-life features, the Q58 also has velcro straps and cable tie-down points for cable management, as well as magnetic dust filters on the mesh panel and the bottom of the case.

The global retail price is anywhere between US$119.99 to a hefty 159.99 depending on the colour and PCIe variant you choose, with both LED and mesh accessories each costing US$15.99.

Locally, Corbell the distributor says it's now available and the Q58 case with PCIe 4.0 riser costs S$219 in black, while the white version goes for S$225. It should soon be in stock on Corbell's Shopee store and other authorised resellers.

Join HWZ's Telegram channel here and catch all the latest tech news!
Our articles may contain affiliate links. If you buy through these links, we may earn a small commission.
Previous Story
Apple says third-party apps not limited to 60Hz animations on iPhone 13 Pro
Next Story
Xiaomi Pad 5 is an all-in-one Android tablet for just about anyone (Now Available)