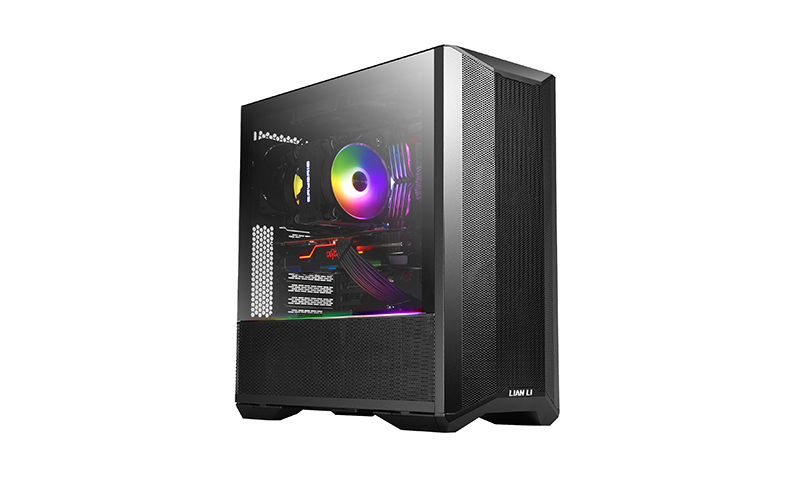 Lian Li has announced new additions to its LANCOOL series of cases, in the form of the LANCOOL II Mesh Performance and Mesh RGB chassis. Both cases build on the design and features that made the LANCOOL II so popular, while incorporating new elements that improve airflow and update its overall look.

Both the Performance and RGB variants feature a dense mesh on the front panel and left PSU shroud panel for improved thermal performance, but they differ in terms of fan configuration and I/O port layout in order to focus on fan speed and lighting effect control respectively.

The mesh density has been tweaked to offer an optimal balance between airflow and dust infiltration, while the honeycomb perforations at the top and rear allow for additional ventilation. On top of that, further internal modifications have been implemented at the top of the PSU shroud, with two new modular openings that users can either leave uncovered to facilitate unobstructed airflow between the top and bottom chambers, or use as fan mounts to increase airflow. Alternatively, they can even install the included perforated mounting plates over them to mount two more SSDs, while still allowing the PSU chamber sufficient ventilation. 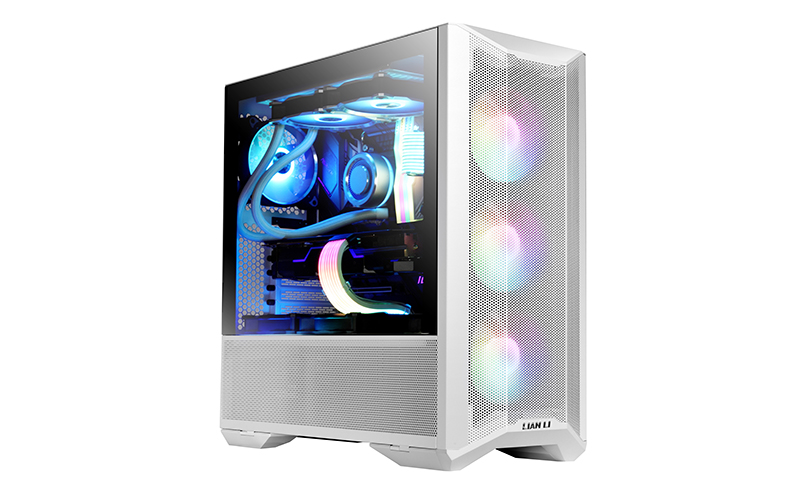 The LANCOOL II Mesh Performance comes pre-installed with two 140mm PWM fans in the front and an additional 120mm PWM fan in the rear. A PWM fan hub is also included, which can be connected to up to six fans. Meanwhile, the Mesh RGB model ships with three front-mounted 120mm ARGB fans. It also lacks the fan speed adjustment switch found on the Mesh Performance version, which lets you quickly switch between 45%, 75%, and 100% fan speeds. That said, the Mesh RGB does let you toggle between seven different colour options and eight lighting modes on the I/O front panel.

Having said that, both versions of the case are designed to simplify the building process. They feature flip panels for easy access to the insides of the chassis, modular cable cover plates for easy cable management, an adjustable drive bay and a front radiator mounting bracket for greater flexibility. There's even a cable management bar that can be flipped to accommodate larger motherboards.

The LANCOOL II Mesh Performance is available in black at US$89.99. The Mesh RGB comes in both black and white and retails at US$89.99 and US$94.99 respectively.