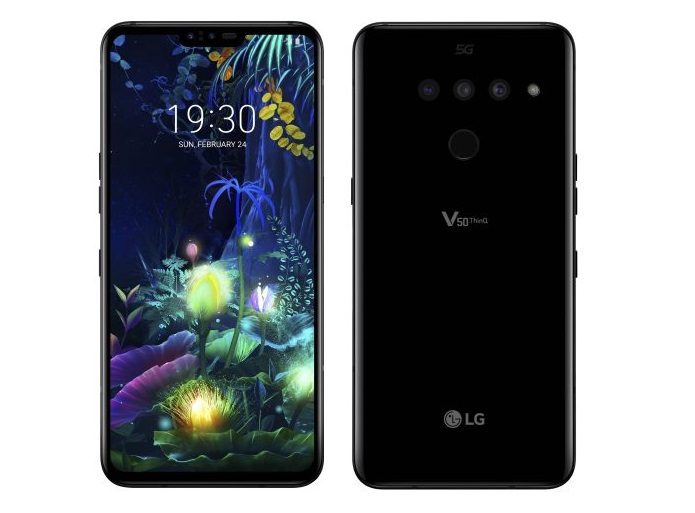 The V50 ThinQ 5G is essentially an upgraded version of the recently released V40 ThinQ, with the same design, the same 6.4-inch QHD+ notched display, and the same penta-camera setup (three on the back, two on the front). Like the V40, the phone has a rear fingerprint scanner, stereo speakers, a 3.5mm headphone port, and IP68 dust and water resistance. The phone has been upgraded to Qualcomm's new Snapdragon 855 processor, accompanied with the new X50 modem for 5G connectivity. It also has a larger 4,000mAh battery.

While LG isn't fully hopping on the foldable phone hype train, it is releasing an add-on Dual Screen accessory for the V50 that adds similar multitasking and gaming functionality. The Dual Screen case adds a second 6.2-inch Full HD OLED display through the pin connectors on the back of the phone. If this concept sounds familiar, it's what ASUS ROG phone offers via an optional TwinView Dock and about a year earlier, ZTE introduced their dual-screen smartphone. So it's not an original or timely introduction of such an option. 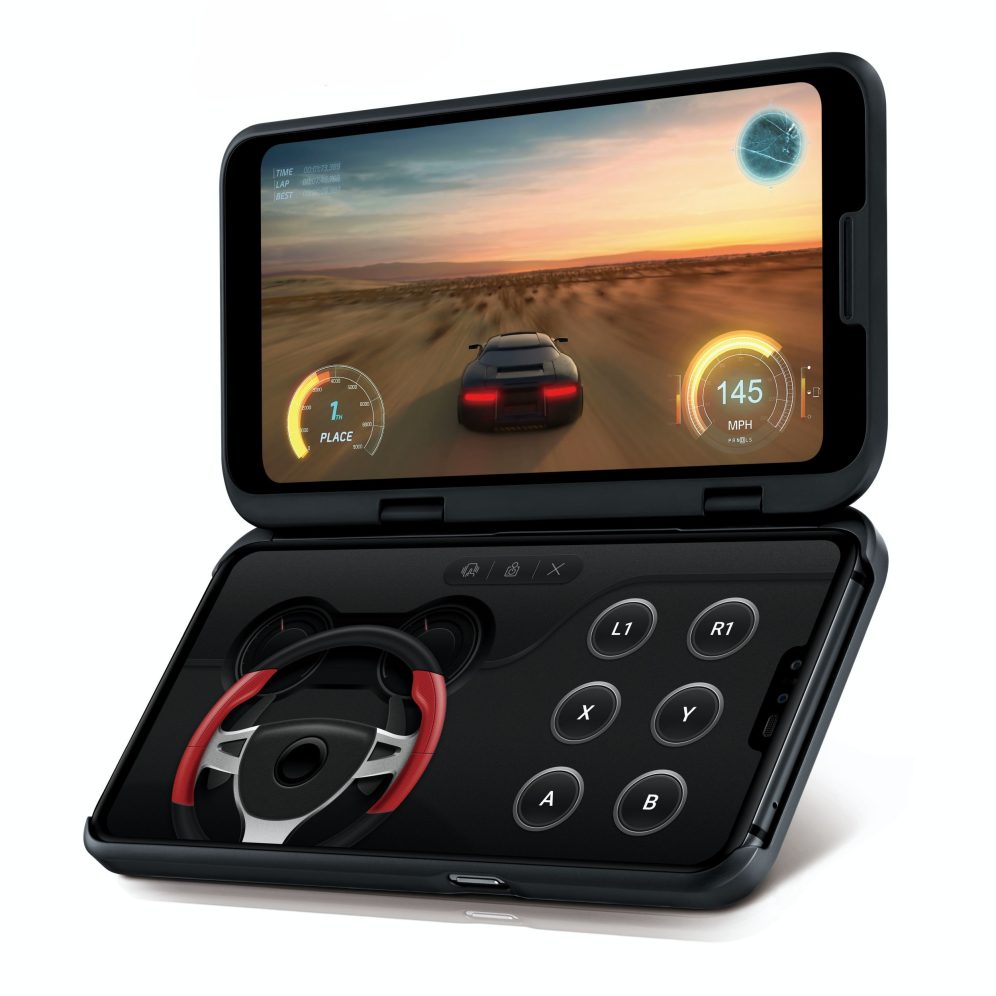 LG also unveiled the G8 ThinQ and G8s ThinQ at MWC. While both phones are also powered by a Qualcomm Snapdragon 855 processor, neither of them include the X50 modem, which means no 5G. 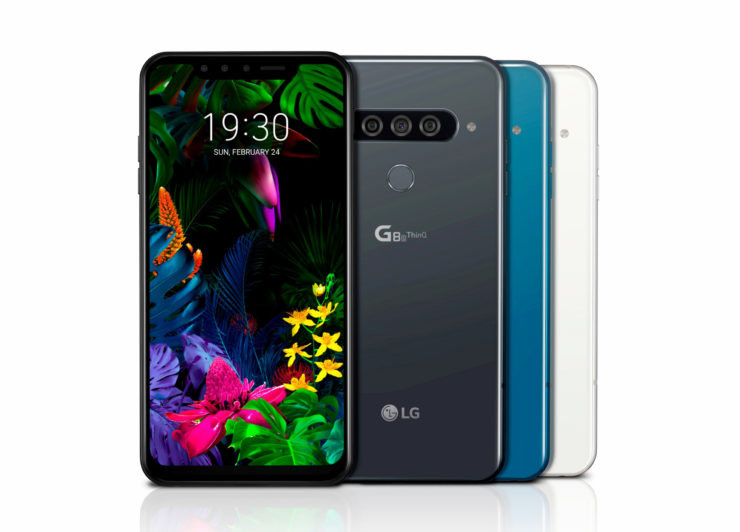 The G8 ThinQ is the smaller of the two models, with a 6.1-inch OLED display and a QHD+ resolution. It has a 3,500mAh battery, and a triple rear camera setup comprising of a 12-megapixel wide, a 12-megapixel telephoto and a 16-megapixel ultrawide lens.

The G8s ThinQ has a larger 6.2-inch OLED display, but for some reason a lower Full HD+ resolution. It has a 3,550mAh battery, and a slightly inferior triple camera setup, using the same wide and telephoto lenses, but a 13-megapixel ultrawide lens.

Both phones have a dual front camera setup pairing an 8-megapixel selfie camera with a 3D ToF (time of flight) lens, just like the one we saw in the back of the Honor View 20. The 3D camera allows for Face Unlock, Portrait mode photography and a bizarre new Hand ID unlock that reads the details on the palm of your hand to unlock your phone - you simply hold your hand about a 6 inches above the phone display. characteristics of the veins in your palm to unlock the phone. The 3D camera also enables air gestures that let you wave your hand above the phone to launch certain features.

Join HWZ's Telegram channel here and catch all the latest tech news!
Our articles may contain affiliate links. If you buy through these links, we may earn a small commission.
Previous Story
Micron and Western Digital announce 1TB microSD cards at MWC 2019
Next Story
Google launches world's first Developer Space in Singapore HQ