Note: This article was first published on 17 June and updated on 3 July to include e-store options for purchasing and availability. 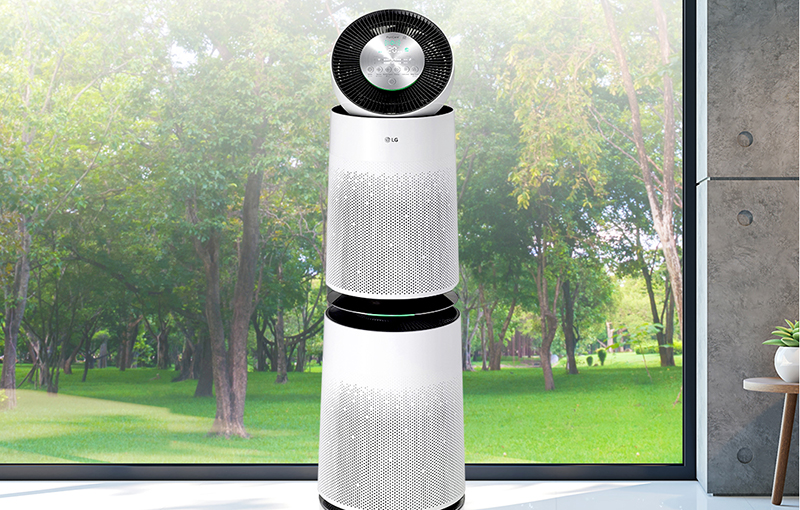 LG has expanded the PuriCare air purifier range with two new models - the LG PuriCare 360° Double, and the PuriCare Mini Air Purifier - for families currently cooped up at home and want fresher, cleaner air via different functionalities and features.

The PuriCare 360° Double is similar to the original PuriCare, but it comes with two towers to provide double purification capacity. It features a 360-degree cylindrical design and a fan at the top of the purifier which can push fresh, clean air out, up to 7.5 metres ahead of the appliance. Also, there's a Baby Care feature that specifically produces a gentle airflow at the base of the purifier, specifically for living beings who primarily reside near the ground level when at home (infants, toddlers, and pets). 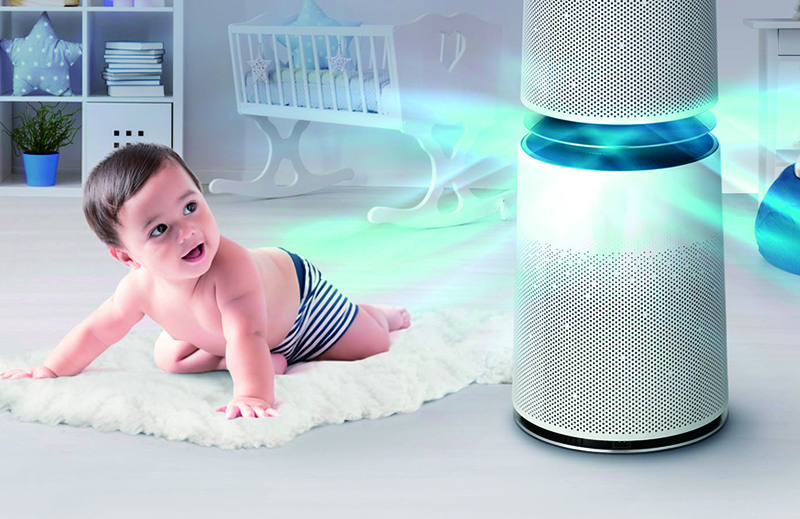 Like its original model, the new variant has a PM1.0 Sensor and Gas Sensor, detecting particles smaller than 1-micrometre in size and helping to eliminate less pleasant smells in real-time. It also has a certified six-step filtration system that removes pollutants, allergens, and large and fine dust particles.

The PuriCare 360° Double officially arrives in stores on 22 June 2020 at S$1,899 (Romantic Rose) and S$1,799 (White). The LG Single Puricare Air Purifier (in Romantic Rose) retails at S$1,199. They are be available at major consumer electronics retailers (Best Denki, Courts, and Harvey Norman) and the official LG store on Lazada. 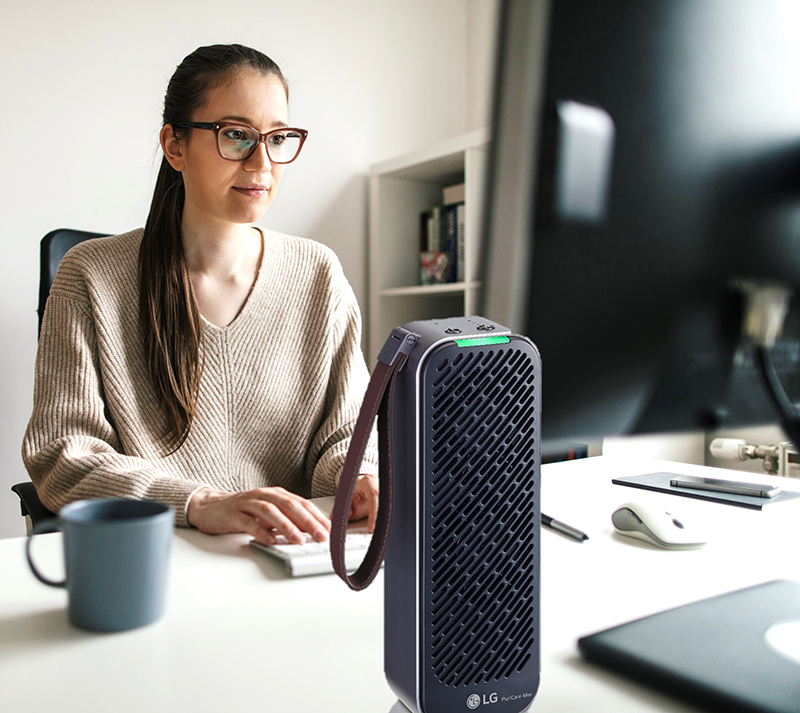 If you'd prefer a wireless, portable version of the PuriCare, LG also has the LG PuriCare Mini Air Purifier designed for easier transportation and access to fresh air in small spaces like your car, your office desk, or a baby's cot. It uses a four-step filtration system that removes up to 99% of particulates that are 0.3-microns or larger. It also has a PM1.0 Sensor for air quality detection, before its Dual Inverter Motor draws in the air for purification. According to LG's tests, it can clean 50% of the air circulating in a car within 10 minutes.

As a battery-powered purifier, the LG PuriCare Mini Air Purifier offers up to eight hours of operation on a low power setting (at a quiet 30dB). It can last two full hours at maximum filtration power. The filter lasts up to 2,000 hours in total.

The mini variant is available since 22 June at an official price of S$349. You can find it listed on the official LG store at Lazada.

Join HWZ's Telegram channel here and catch all the latest tech news!
Our articles may contain affiliate links. If you buy through these links, we may earn a small commission.
Previous Story
Ubisoft has officially revealed the free-to-play battle royale game Hyper Scape
Next Story
Faster software update installation is coming to macOS Big Sur