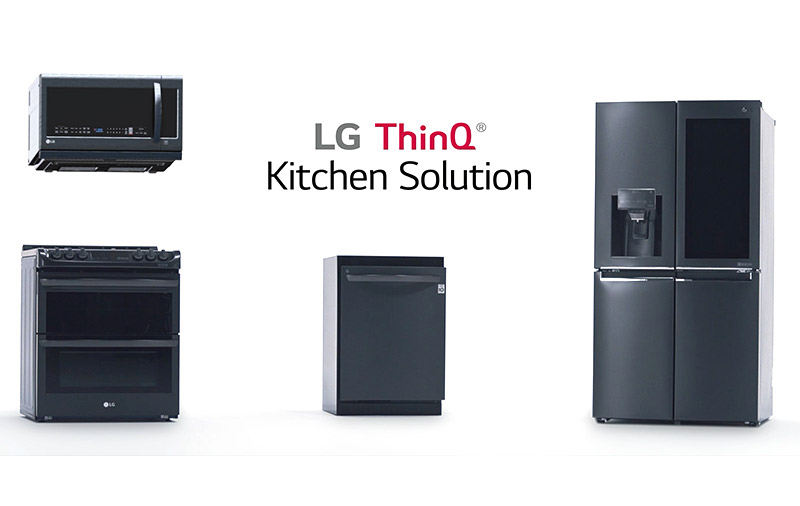 For a start, the InstaView ThinQ fridge features a 29-inch touch LCD display, which you can use for things like selecting recipes. According to LG, if you’ve its new Wi-Fi-enabled EasyClean oven, once a recipe is selected, the fridge can automatically send the information to the connected oven, and Alexa will verbally guide you through each step of the cooking process. The connected fridge works with Amazon Music, iHeartRadio, and other streaming music services, too.

The InstaView ThinQ fridge also has a Smart Tag feature that allows the addition of stickers, tags, and expiration dates to food stored in the smart fridge, which will also issue alerts as items reach their expiration date. And when you’re out and about doing grocery shopping, you can easily check the contents of the fridge via your smartphone, which is possible because there’s a wide-angle PanoramaView camera inside the InstaView ThinQ. If you’re at home, you can also knock twice on the screen to change it into a transparent window.

We’ll update this news again when we hear more from LG regarding the InstaView ThinQ’s pricing and availability.

Join HWZ's Telegram channel here and catch all the latest tech news!
Our articles may contain affiliate links. If you buy through these links, we may earn a small commission.
Previous Story
Are infrared light waves the future of cellular networks?
Next Story
5 things you need to know before you buy your office’s next printer