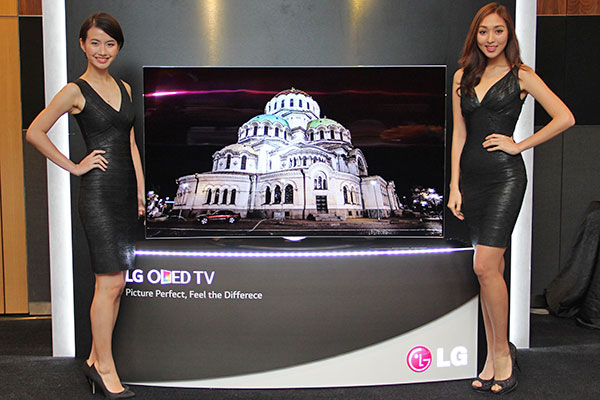 Late last year, LG launched the EC9700 in the U.S., a TV that had many enthusiasts salivating. Why? Because it’s the first curved 4K UHD OLED TV that enthusiasts can lay their hands on outside of tech exhibtions. Sure, some of us still have doubts about a curved TV, but there should be no arguments the benefits of 4K, which at four times the resolution of full HD, brings about a much sharper and detailed image. And on the EC9700, this is paired with OLED technology, which typically has the upper hand over LED backlighting tech in areas of color, black level, motion, and contrast.

Then at CES in January, the Korean company followed that up with more 4K OLED TVs, all running the new WebOS 2.0 smart TV platform. Since then, we’ve been wondering if the WebOS 1.0-based EC9700 would ever come to Singapore.

Well, we finally have our answer today, as LG Electronics Singapore has confirmed that the 65-inch EC970T (that’s identical to the EC9700 in the US, but the local variant comes with DVB-T2 support) will be sold here by the end of March. Pricing isn’t available as of this writing, but it should be revealed in a week or two.

What about the WebOS 2.0-running 4K OLED TVs we saw at CES then? The first of the bunch that’s slated to land in a month or two’s time is the 77-inch EG970T. Until it arrives, today's 65EC970T is LG’s flagship OLED model in Singapore. The other CES OLED TVs from LG, including the flatscreen 4K models, are expected later this year, most likely in Q3.

Join HWZ's Telegram channel here and catch all the latest tech news!
Our articles may contain affiliate links. If you buy through these links, we may earn a small commission.
Previous Story
Apple Watch comes with 8GB internal storage, 2GB for music and 75MB for photos
Next Story
FiiO announces launch of new E17K Alpen 2 portable USB DAC and amp