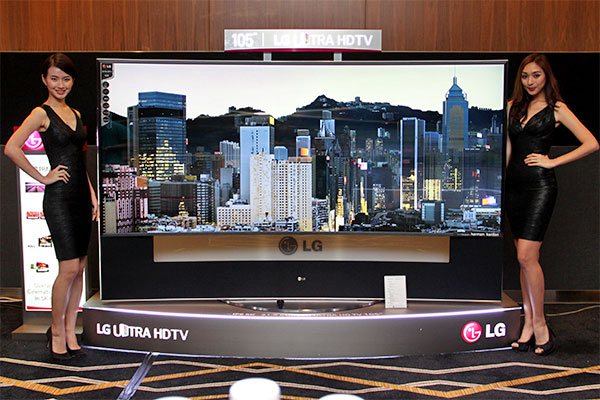 LG Electronics is all in with 4K this year. In addition to the EC970T curved 4K OLED TV, the company is also bringing in no less than 23 LED LCD-based UHD TVs from 6 series this year, and most of them will be available in stores from end March.

The largest of these LED LCD TVs is the 105-inch UC9T, which has a 21:9 aspect ratio. Sporting a humongous curved IPS panel with a 5,120 x 2,160-pixel resolution, the UC9T has a 4K/60p HEVC decoder, a direct LED backlight unit, a 7.2-channel 150W sound system designed by Harman Kardon, supports 4K 3D, and runs the WebOS 1.0 smart TV platform. If you want something a little bit smaller, there’s the 98-inch UB980T, which is already selling since late last year.

Several of the 4K LCD TVs we saw at CES are also expected to arrive end of this month. These include the flagship UF9500, which is called UF950T here. Available in 55 and 65 inches, the UF950T flatscreen bears LG’s new “Super UHD TV” branding (not to be confused with Samsung’s SUHD), which is LG’s way of saying that this 4K TV is better than regular 4K TVs. To add to the confusion, this is also the first TV to be under the company’s ColorPrime branding. Super UHD or ColorPrime, it all boils down to the tech under the hood. The UF950T employs LG’s Wide Color Gamut (WCG) tech, which uses different phosphor-based LEDs to realize greater color depth and more lifelike images. On paper, WCG offers 25% color gamut improvement over typical color tech. Design-wise, the UF950T comes with an 'auditorium stand' that reflects sound from the TV's downward-firing speakers towards the viewer. 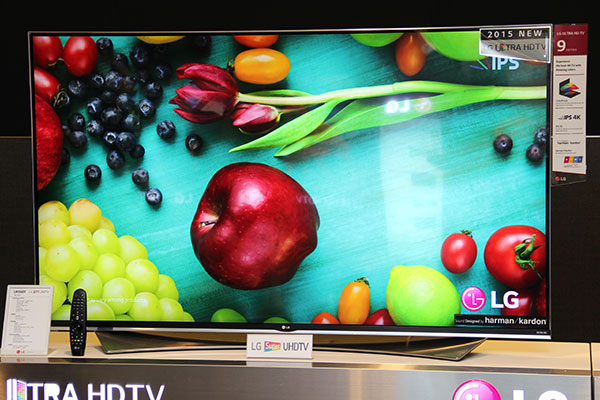 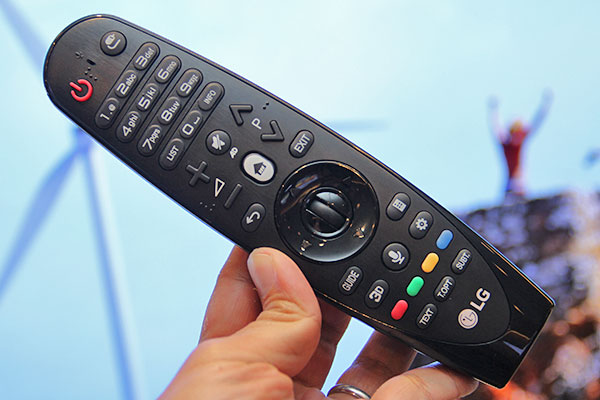 But it gets more complicated. You see, ColorPrime and Super UHD can also be used on the quantum dot-based 4K TVs that LG intends to bring in later this year. It goes without saying that QD tech is different from WCG, but in nutshell, both attempt to improve the image quality of typical LED-backlit/edgelit LCD TVs.

For those interested, here are the key specs (click for larger image) of the UF950T Super UHD TV and UG870T, UF850T, UF770T, and UF670T UHD TV series, courtesy of LG Electronics: