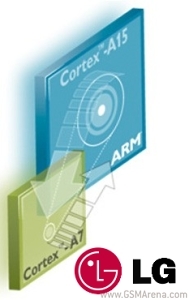 With Huawei and Samsung manufacturing their own chipsets, it is no surprise that Korean company, LG, has gone down the same path. The upcoming LG Optimus G, expected to be unveiled in Q3, will reportedly be the first LG device to run on the company's own homebrewed chipset, according to Korea Times.

GSMArena - "It seems LG will go down the route of a home-brewed chipset much like Samsung and Huawei. Their first chipset, dubbed Odin, will essentially be an 8-core unit, not unlike Samsung's upcoming chip. LG is said to outsource manufacturing to a Taiwanese TSMC chipmaker.

According to the source, the chipset will be based on ARM's big.LITTLE architecture, which utilizes four Cortex-A15 cores using 28 nanometer level processing and four lower-powered Cortex-A7 cores."

LG officials have confirmed this, and is reportedly contracting TSMC to fabricate the chips. With recent allegations pertaining to the malfunction of Samsung's upcoming Exynos 5 chipsets, we are hoping that by the time the Optimus G II is ready for show (plans are to have it ready for demo in time for IFA 2013), all kinks would have bee worked out.