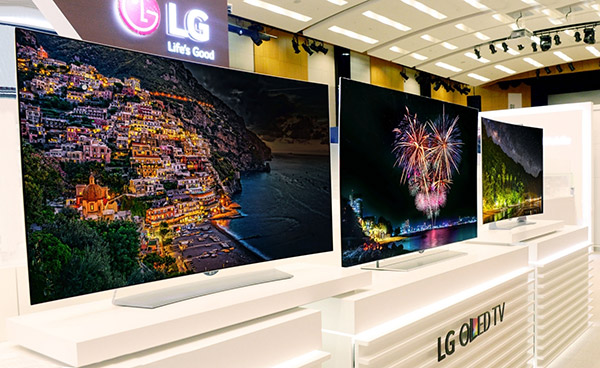 In a move to double its global OLED TV offerings in 2015, LG will be announcing four new models at the IFA trade show in Berlin next week.

The curved EG9100 in particular is incredibly slim, measuring at just 4.8mm. In fact, LG says that both it and the flat EG9200 are thinner than any smartphone on the market today. Besides “razor-thin bezels”, there will also be a “shimmering transparent stand”. Naturally, all the sets will run the company’s WebOS 2.0 smart TV platform that’s fast to boot and features user-customizable Launch Bar menus. And by supporting HDR, I’m assuming this means the EF9500 and EG9200 will sport the latest HDMI 2.0a spec.

LG’s new 4K OLED TVs will be available starting at the end of August in Germany, Korea, the US, and UK with the rollout to continue over the next several months in select markets. Visitors to IFA 2015 can also drop by LG’s booth in Hall 18 of Messe Berlin from September 4–9 to see them.

Join HWZ's Telegram channel here and catch all the latest tech news!
Our articles may contain affiliate links. If you buy through these links, we may earn a small commission.
Previous Story
Your food photos aren't just for Instagram and Twitter anymore
Next Story
What's a Sensel Morph?