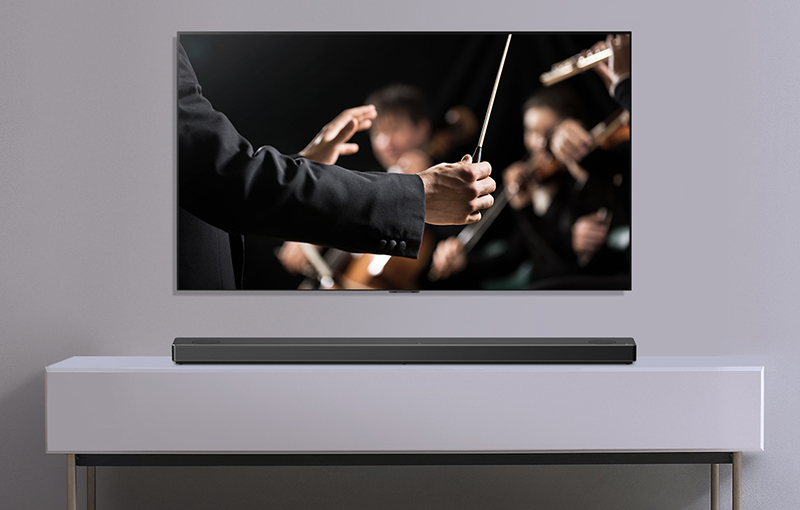 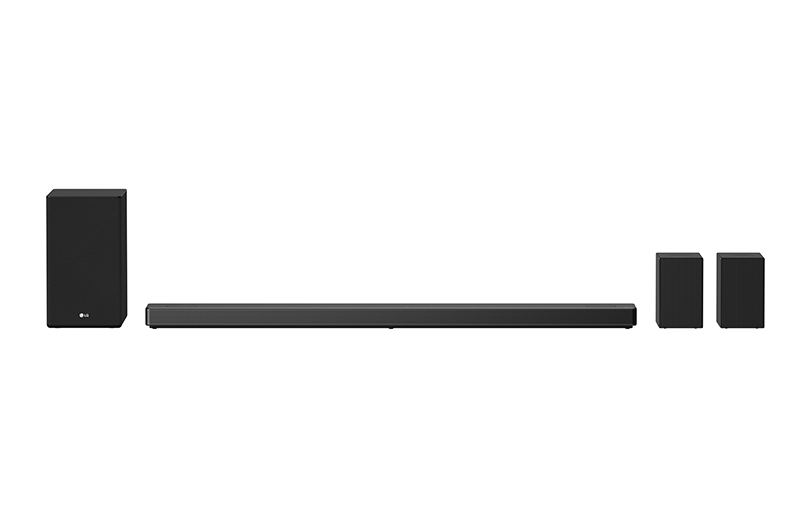 The top of the line product among the seven new releases is the LG SN11RG 7.1.4 channel soundbar with Dolby Atmos support and Meridian Audio parts. The seven main channels are its two front speakers (50W), singular centre speaker (50W), double side-firing surround speakers (50W), and two rear speakers (50W). All that is supported by a wireless 220W subwoofer, giving it the 7.1 audio channels we're familiar with. Finally, the soundbar also has two top-firing and two rear-top-firing speakers too (all at 50W each), completing the whole 7.1.4 channel configuration and an authentic surround sound experience at 770W total.

The LG SN11RG soundbar is compatible with a wide range of connectivity options. Besides the expected optical outputs, it's compatible with HDMI 2.1 (HDCP 2.3), ARC, and e-ARC, as well as wireless alternatives like Bluetooth 5.0, Wi-Fi (2.4G and 5G), and Google Chromecast. It supports high-resolution audio up to 24-bit at 192kHz and is also capable of upsampling sound to its high-resolution bitrate. It even offers HDR10/HDR10+ support. At 1,443 x 63 x 146mm, it's most compatible with TVs between 55- to 65-inches.

As we said, there are six other soundbars alongside the top-end LG SN11RG, so we'll quickly go through the differences of the other six by comparing to the flagship model. 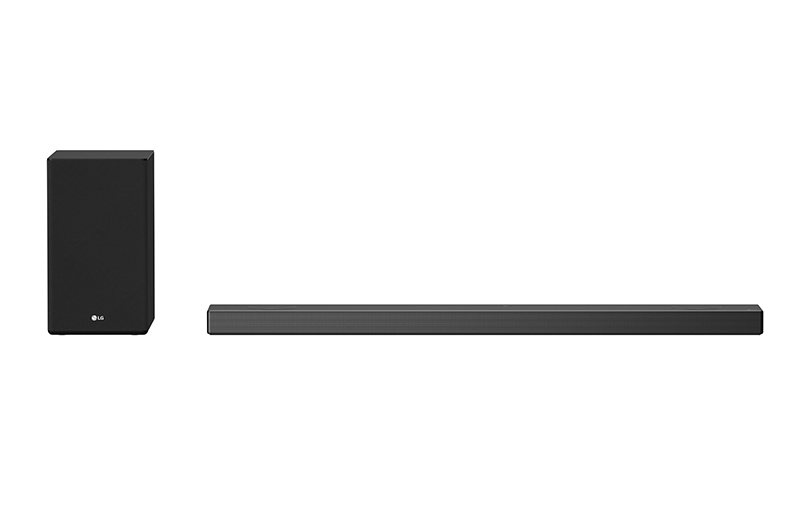 The LG SN9YG offers everything the flagship model has, but it instead uses a 5.1.2 channel configuration by removing the two rear speakers and two rear-top-firing speakers found in the top-shelf variant. The front, centre, and side speakers are all also lower-rated at 40W, bringing it to a total of 520W. 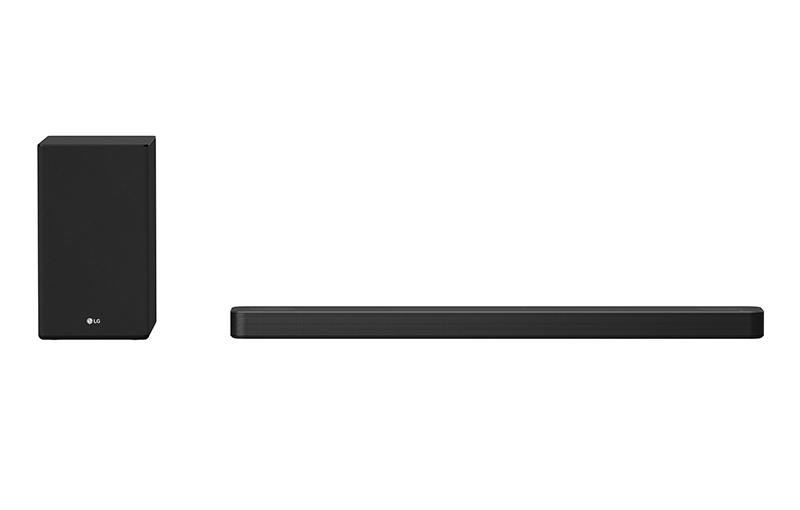 The LG SN8YG takes the speaker removal further, down to 3.1.2 channel configuration by removing the side speakers, bringing it to a total of 440W output. It still shares the same input/output compatibility found in the flagship variant, much like the LG SN9YG too.

LG SN7Y shares the same channel configuration as the SN8YG, but it has a total output of 380W given its lower-rated speakers. It's 30W for the dual front and single centre speakers), while the dual top speakers which are rated at 35W. It also uses an older Bluetooth version at Bluetooth 4.0, while it's peers are all on Bluetooth 5.0. 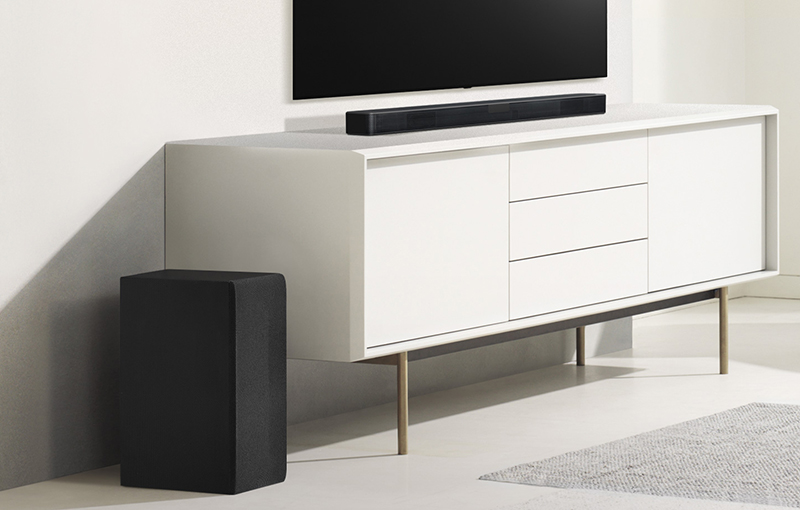 Moving further down the line are the LG SN6Y, SN5Y, and SN4 soundbars. At this level, LG stripped them of their additional speakers, leaving behind 2.1 channels: a subwoofer and two front-firing speakers (the SN6Y still has a single centre speaker to make up 3.1 channels, but that's about it). These three models support up to HDMI 1.4 (HDCP 1.4) input/output. They've also dropped the following features in favour of simplicity: HDR10 support, Dolby Vision support, FM Radio, e-ARC support, auto-detect Bluetooth functionality, Wi-Fi connectivity, Google Assistant compatibility, and Chromecast support.

The flagship LG SN11RG soundbar, along with the SN9YG, SN8YG and SN5Y, are available at major retailers such as Audio House, Best Denki, Courts, Gain City, and Harvey Norman. The SN6Y and SN4 models are exclusively available on LG's official Lazada storefront, which was recently unveiled. We've reached out for the official prices and the availability of SN7Y and will update once they are made known to us.

Join HWZ's Telegram channel here and catch all the latest tech news!
Our articles may contain affiliate links. If you buy through these links, we may earn a small commission.
Previous Story
Parallels Desktop is also coming for Macs running on Apple silicon
Next Story
tvOS 14 will let you share an Apple TV 4K's audio with two sets of AirPods