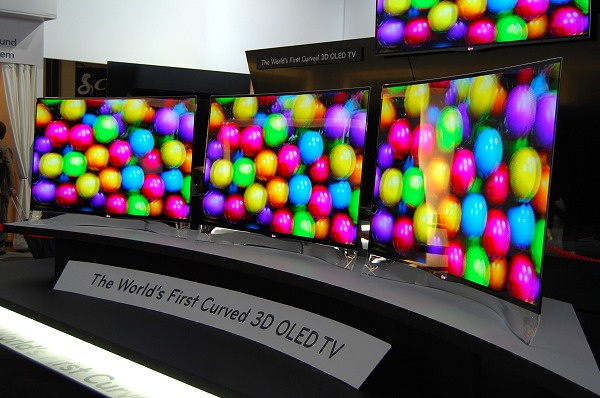 Just as we thought we've seen it all from LG, soon after the CES 2013 show commenced, LG pulled out its showstopper - a curved 55-inch OLED TV. Christened as the EA9800, it's not just a tech demo as it will be available in retail in the later part of 2013.

It’s no secret that OLED panel yields are quite poor at the moment, but LG’s spokespeople have mentioned that their WRGB quad-color pixel structure has better yields than current industry norms and delivers better color accuracy and vibrancy at the same time. This is the reason LG has been able to take in orders for their OLED TVs and start delivering them by March 2013. So with OLED TV availability milestone almost accomplished, LG went full steam ahead to showcase the next evolution of this technology with a curved screen display.

The EA9800 is currently designed with a 55-inch and boasts of an ultra thin 4mm thickness, while the boarders are almost non existent to provide users with a more immersive viewing experience. Its gently inward curving design ensures that the angle of curvature does not distract from your viewing experience and reducing screen edge distortion/detail loss aspects you might have with a traditional large screen flat panel display. 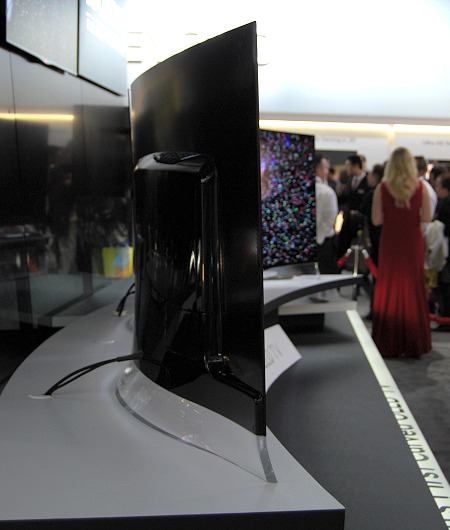 The screen is also very gently angled back to about five degrees. This ensures that the TV is viewed at the most optimal angle with the least amount of strain (assuming that the TV is placed on a low height TV console that’s often found in most new home interior designs). Another notable aspect of the curved OLED display and its slope is the TV’s overall design frame that’s akin to sheet of paper that’s very lightly curved, hence the Paper Slim design naming. As with most LG TVs, the EA9800 will also boast LG’s Cinema3D capability and is slated to be available in retail before the year ends.

Apart from LG, Samsung too was showing off its curved OLED display but there was no fixed time frame to availability, no naming and no 3D - which leads us to believe it was more of a tech demo than a definitive product. 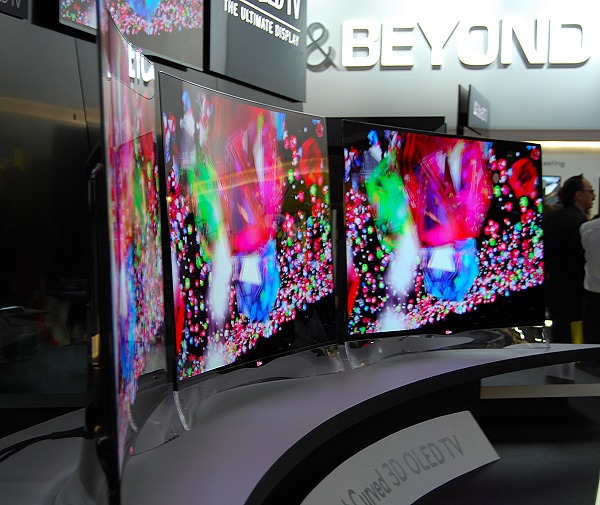