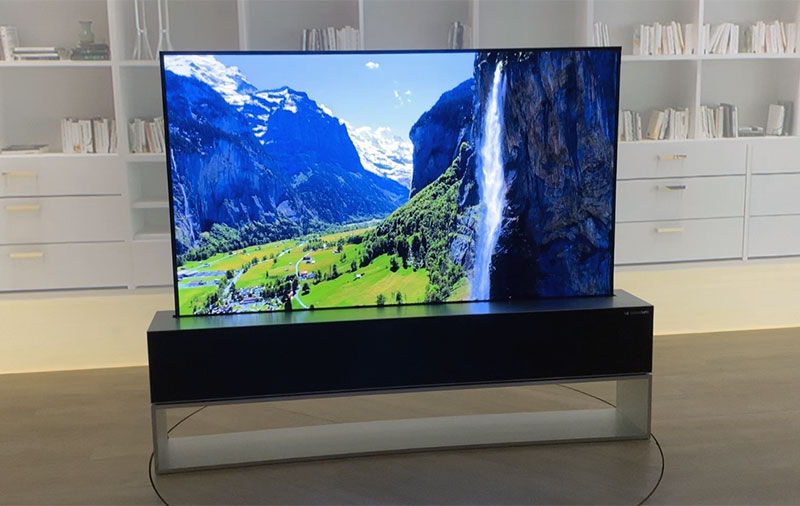 Remember that rollable TV prototype that LG demoed at CES last year? Well, the Korean company has been refining its design since, and has now deemed it worthy for a public launch.

Due to hit the market this spring, this 65-inch LG Signature R (for rollable, obviously) 4K OLED TV (model: 65R9) is the company’s flagship of all flagship TVs, sitting above the already very expensive W (wallpaper) series. Its greatest selling point, by far, is that it can be retracted into a rectangular speaker base at a press of a button. The speaker is rated at 100W, and like the soundbar on the Signature W, it supports Dolby Atmos playback.

When the TV is home in its shell, you can still use the 4.2-channel, front-firing speaker for music playback. The TV has a Line View mode where it’d drop down partially, leaving you enough space to see the on-screen music controls and other items like the time and weather and photos from a smartphone. Apparently, the speaker cover uses quality wool and is designed by Kvadrat of Denmark. 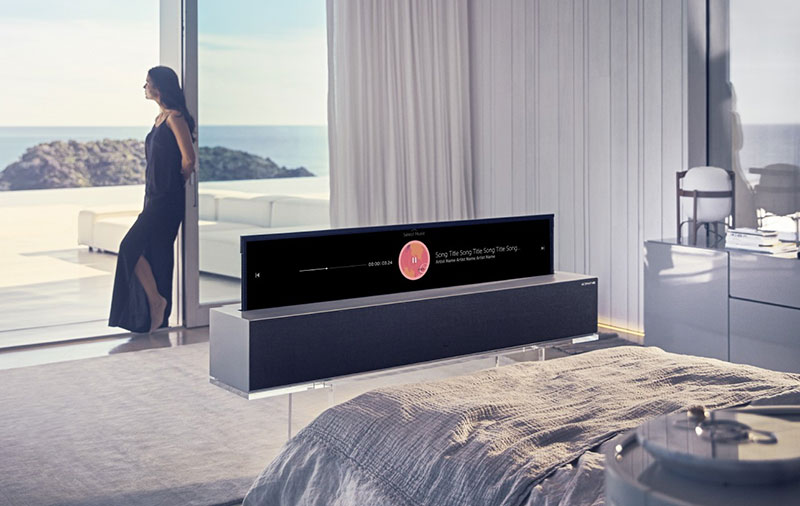 Otherwise, the Signature R shares many features as LG’s other 2019 OLED TVs, including the 2nd-gen Alpha 9 processor, ThinQ AI, Amazon Alexa and Google Assistant integration, support for Apple's AirPlay 2 and HomeKit, and HDMI 2.1.

Join HWZ's Telegram channel here and catch all the latest tech news!
Our articles may contain affiliate links. If you buy through these links, we may earn a small commission.
Previous Story
MSI brings GeForce RTX graphics to its gaming notebooks and the GS75 Stealth is leading the charge
Next Story
LG's 2019 TVs will also support Apple's AirPlay 2 and HomeKit