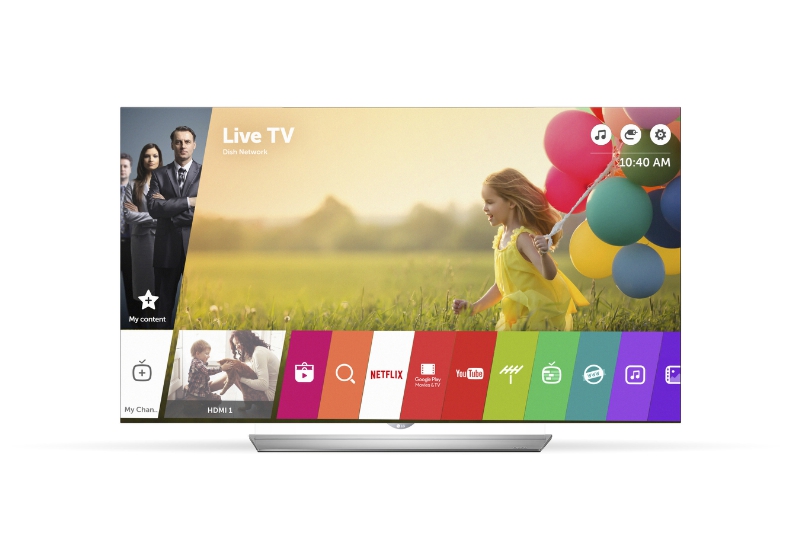 With the announcing of WebOS 3.0 at this time, it looks like LG is making their CES unveiling a tradition when it comes to their smart TV platform. Last year, CES saw LG reveal WebOS 2.0, and the year before had the revived WebOS 1.0 introduced to the masses. Clearly, the latest update heralds more changes, which LG claims it to be a major update since its 2014 debut.

LG’s WebOS 3.0, which is now verified by UL, a leading global testing and certification organization, for its compatibility with Internet of Things (IoT) devices in the home, brings three “Magic” smart features for better user accessibility. Magic Zoom lets you magnify objects on-screen without degrading picture quality, allowing you to read and see better. Magic Mobile Connection makes the smartphone-to-TV support more fluid, via a LG TV Plus App that can display mobile apps on the LG Smart TV screen. Finally, the upgraded Magic Remote boasts easier controlling of set-top boxes by integrating more functionality into its Universal Remote capability, reducing the number of remotes required for your home entertainment setup. As a bonus, the on-screen remote also got a minor overhaul to give less clutter.

Adding to user experience, WebOS 3.0 also expects Channel Plus, a feature that unifies OTT (Over The Top, or basically Internet media that doesn’t come from a cable TV operator) channels with linear broadcast TV channels, letting the user ‘surf’ content smoothly. Channel Plus also comes with an app, which will suggest recommendations by using an on-screen widget. Ensuring a platter of high quality and free digital content, LG is partnering up with Xumo to bring publications like Bloomberg Politics, TIME Inc., Condé Nast Entertainment, and The Wall Street Journal on-board.

Besides newer additions, updates to existing features are also implemented under-the-hood. Channel Advisor now analyzes your viewing patterns and informs the watcher about upcoming time slots for frequently watched programs, while Multi-view lets you watch two different sources simultaneously, be it two channels, or one channel and one Blu-ray flick. The Music Player app can now play music even with the television switched off, through the WebOS 3.0 speakers. Finally, the IoTV app gives you on-screen control of your LG home appliances, or with other brands that are also compatible with LG’s IoTV.

Join HWZ's Telegram channel here and catch all the latest tech news!
Our articles may contain affiliate links. If you buy through these links, we may earn a small commission.
Previous Story
Android 6.0 Marshmallow arrives on the NVIDIA Shield Tablet K1
Next Story
Someone just sued Valve to demand that you be allowed to resell your Steam games