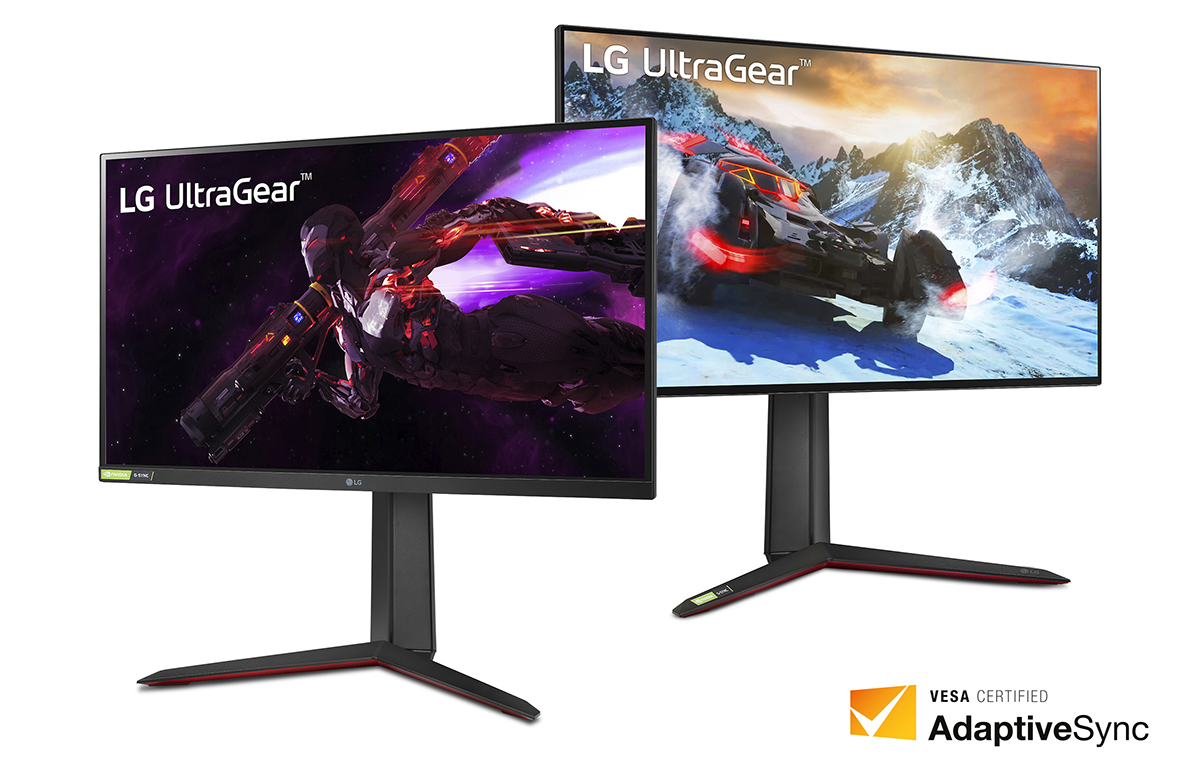 LG’s UltraGear gaming monitors – specifically the 27GP950 and 27GP850 – just earned the VESA AdaptiveSync display certification, and are the world’s first monitors to do so.

One such example is grey-to-grey (GtG) response time. In essence, GtG in milliseconds tells people how much time it takes for a monitor to display a grey pixel, before switching to another colour, and then back to grey. So by that definition, GtG response time is a measurement of colour accuracy within a given time frame, which implies minimal ghosting. However, the measurement is typically misinterpreted as input lag. It also doesn’t help that there was no standardised measurement of GtG prior to VESA’s new certification.

To give a simple example, manufacturers can say that their monitors have GtG of 1ms, but don’t need to specify what colours they switched to, which grey hues were tested on, and how many steps of grey were tested in between, nor state their limits for over or undershooting. VESA even went far enough to say that GtG can be manipulated by heating up a display past certain temperatures for better GtG numbers.

A standardised GtG response time test is merely one of the 50 variables that VESA looks at for Adaptive-Sync performance. The test also includes refresh rates, flicker, ghosting, frame drops, frame-rate jitter, and HDR. A full list of requirements for this new certification can be found here.

On top of passing the already-difficult bare minimum, VESA’s AdaptiveSync certification also awards certificates based on its performance. VESA also specified that it only applies to monitors with an external DisplayPort interface (including DisplayPort, mini DisplayPort, DisplayPort Alt Mode, and USB4).

Oh, did we also mention that manufacturers need to send products to VESA for testing, and cannot get the certificate without doing so? This step also takes away the ambiguity of self-reported numbers by your favourite display vendors.

Back to LG’s UltraGear gaming monitors

So with that understanding, LG’s 27GP950 and 27GP850 gaming monitors have been externally certified by VESA with legitimate variable refresh rate performance, promising users fluid gameplay and sharp, clean imagery.

Join HWZ's Telegram channel here and catch all the latest tech news!
Our articles may contain affiliate links. If you buy through these links, we may earn a small commission.
Previous Story
Tefal's X-Force Flex can vacuum and mop at the same time
Next Story
Razer adds another notch on its gaming chair roster with the brand-new Enki Pro