30 June 2021 update: LG reduced the official retail prices of older PuriCare models in lieu of its new ones. Appended below. Minor additions made to existing article. 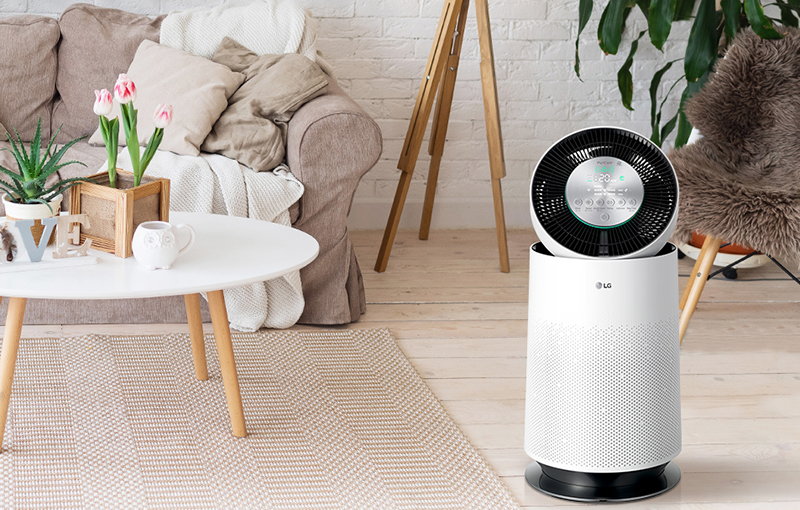 LG Electronics Singapore is here with brand-new air purifiers - the Puricare 360° with Safe Plus Filter. Like its predecessors, LG packed plenty of features into these cylinders to help provide fresh, filtered air throughout a home.

According to LG, the new upgrade here is Safe Plus Filter (HEPA), a multi-filtration system that combines Safe Plus, H13 HEPA filtration, and deodorisation into a single component. It offers 99.9% antibacterial and antiviral filtration, 99.999% removal of ultra-fine particles of 0.01μm, and allergens.

The deodoriser component captures harmful gases (ammonia, acetaldehyde, acetic acid, toluene, and formaldehyde) on top of removing sulfur dioxide and nitrogen dioxide. The entire Safe Plus Filter is also replaceable when its lifespan has been exhausted. 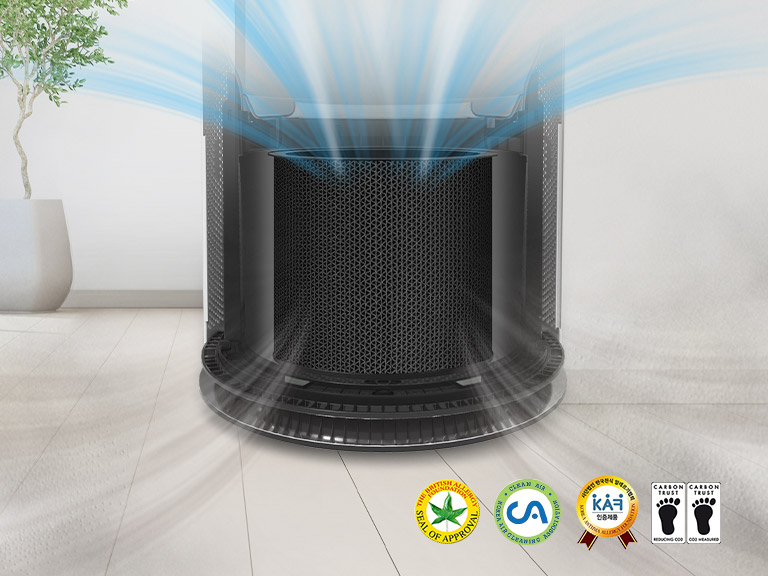 The PuriCare has a real-time Smart Sensor capable of checking current air pollution by detecting particulates of 0.01μm or smaller. LED indicators on the air purifier are four coloured lights that make it easy for homeowners to check air quality at a glance, too.

As an LG home appliance, it comes with LG ThinQ compatibility via Wi-Fi for added remote control and monitoring. With a smartphone, the PuriCare owner can turn the device on or off, change its settings, check for filter replacements, and monitor air quality.

Another returning feature is its rotating Clean Booster, which helps cover blind spots up to 7.5m away, absorbing air with 360° coverage and has a 70° rotating fan head.

“With its groundbreaking 360-degree design, our latest LG PuriCare model makes every home a safer and more comfortable place to be through the constant supply of clean, purified air,” said Justin Seong, Product Director of LG Electronics (Singapore) Air Solutions.

How do I tell apart the new PuriCare from the old models? 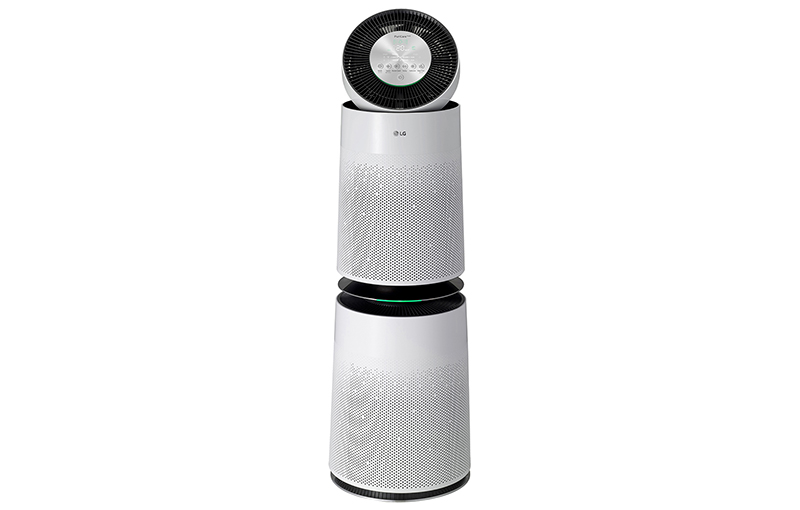 Also, both Single and Double (AS10GDWH0) has an ioniser feature that removes harmful airborne viruses and bacteria using ion clusters to form H2O byproducts, said LG. So, filtration capacity is where it counts.

The older PuriCare (with Clean Booster) (Single, Double) do not come with the new Safe Plus Filter (HEPA). That said, the older models are still super effective at purifying the air, capable of filtering out dust, sand particles, allergens, harmful gases, and other forms of air contaminants. They also go by different model numbers: Single (AS60GDWV0) and Double (AS95GDWV0).

LG’s Puricare 360° with Safe Plus Filter is officially available at Lazada, Shopee, KrisShop, and other authorised retailers from 1 July 2021 onwards at the following recommended prices:

Update 30 June 2021: LG is also reducing the official retail prices of the older PuriCare models (Single, Double). Below are the new prices with their model numbers:

Join HWZ's Telegram channel here and catch all the latest tech news!
Our articles may contain affiliate links. If you buy through these links, we may earn a small commission.
Previous Story
Apple rumoured to launch three OLED iPads over the next two years
Next Story
LG's C1 and G1 OLED TVs now support Dolby Vision HDR at 4K 120Hz for enhanced gaming experiences