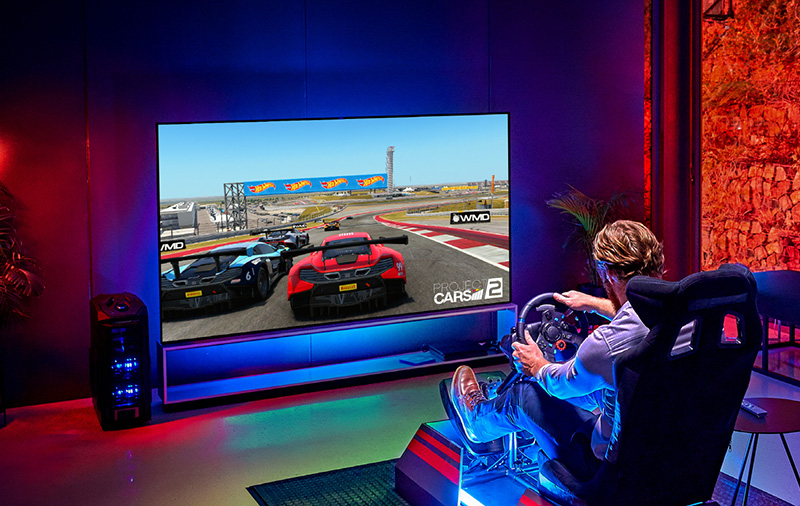 First seen at CES earlier this year, the Signature ZX is LG’s current flagship 8K OLED TV. Two sizes — 77 and 88 inches were announced at CES, but LG Singapore is only carrying the larger screen here (model OLED88ZXPTA). Like the Z9 that was sold here since late 2019, the ZX costs a jaw-dropping S$59,999.

So what do you get for 60 grand other than a resolution that’s four times that of 4K?

To recap, the ZX uses with LG’s newest A9 Gen 3 processor. Versus the Gen 2 chip, it’s supposedly better at doing upscaling, which is important as native 8K content is still hard to come by.

Also, a TV this size isn't designed for table-top mounting — it has its own cabinet-type floor stand.

In the gaming department, the ZX supports NVIDIA G-Sync and AMD FreeSync for tear-free visuals as well as a fairly new HGiG mode for improved HDR gaming performance on supported games. Other HDMI 2.1 goodies such as ALLM and eARC are also onboard. Join HWZ's Telegram channel here and catch all the latest tech news!
Our articles may contain affiliate links. If you buy through these links, we may earn a small commission.
Previous Story
An anime series based on Dragon's Dogma will hit Netflix in September
Next Story
LG’s 2020 4K OLED TVs are now available in stores