Earlier this month, LG Electronics showed us the first batch of 4K TVs that it’s bringing to Singapore this year. Among those are the 65-inch EC970T, a curved 4K TV using OLED technology, and several LED LCD TVs, led by the UF950T “Super UHD TV”. We were suitably impressed by the picture quality of both the EC970T and the UF950T (which employs LG’s Wide Color Gamut tech), but unfortunately, LG wasn’t ready to reveal their prices at the time.

Well, with some of the new TVs set to arrive in retail stores end of this month, we now have more details on pricing: 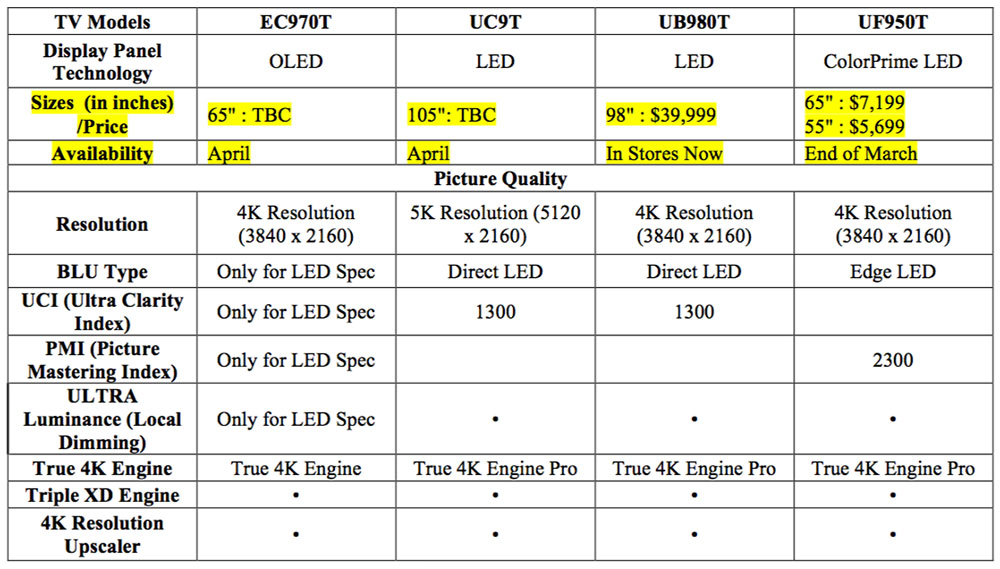 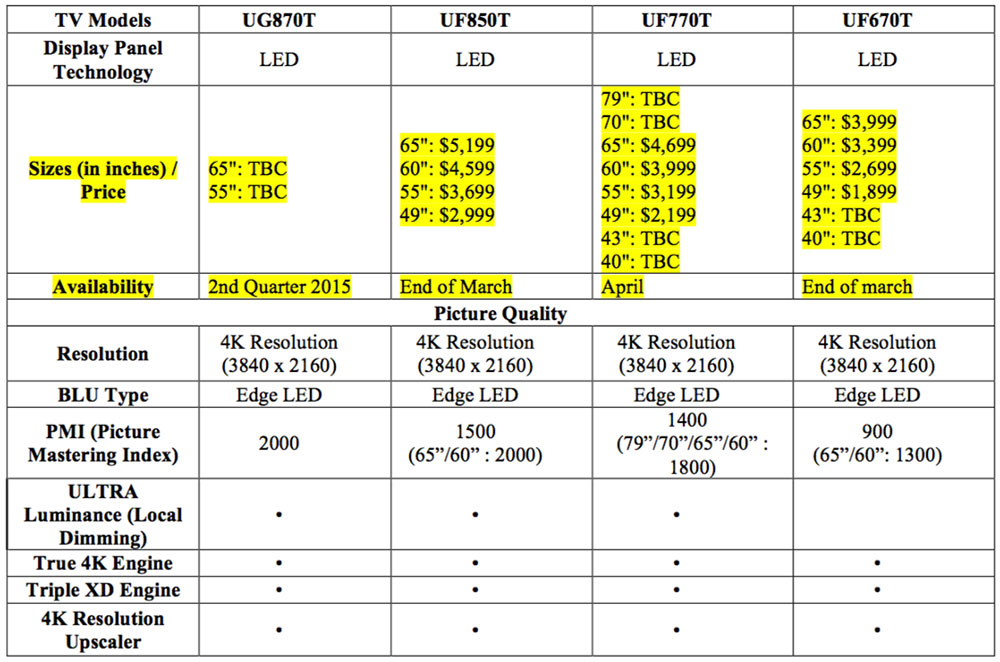