Last afternoon we brought you news about LG's SmartTV Upgrader and SmartTV Platform. Here is a quick look at more releases (we rounded them up) from LG at the CES 2011:

One of LG’s biggest smart product introductions at this year’s CES is LG Smart TV, which offers the best in TV technology and Internet connectivity while being extremely easy to use. Demonstrating the “Point, Click, Control, Simply Smarter” capabilities of LG’s Smart TVs, LG’s Home Dashboard and Magic Motion Remote Control make using the Smart TV and accessing its wealth of content intuitive and simple.

With the addition of Media Link to LG’s existing USB and DLNA functions, Smart Share gives LG Smart TV users the freedom to access content from their PC by transferring it directly onto their TV. In addition to enabling viewers to easily watch all their stored content on the big screen, Media Link also provides simultaneous information on what they are watching, including synopses, actor profiles and viewer ratings.

Also being unveiled at CES is LG’s Smart TV Upgrader (ST600), which offers consumers a full range of Smart TV functions on regular TVs via an HDMI link. 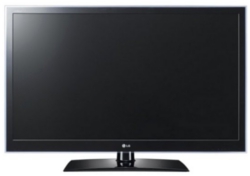 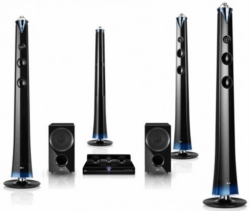 For a peek at the future of Home Entertainment, LG is also displaying its revolutionary OLED TVs. Included are a 31-inch class 3D model with a depth of just 0.29cm and a 15-inch class 15EL9500. By dispensing with back-screen lighting, OLED TVs’ pixels generate their own light to produce an entirely new level of color, clarity and depth of blacks.

In the Blu-ray section, the BD690, a 3D Network Blu-rayTM Disc Player with Media Library, provides the ultimate HDTV companion with 2D and 3D Blu-ray playback and an on-board digital media library. Additionally, the BP610 offers the ultimate in portable entertainment with its compact design, and Internet and HDMI connectivity.

Rounding out LG’s home entertainment products this year is its latest SUPER LED monitor line-up, including the E2290V LED monitor, which, at just 7.2mm, is the slimmest design ever seen on an LG LED monitor. Also debuting at CES is the E2381V, with LG’s Super Plus Resolution function, which revives low picture quality to high resolution and vivid picture quality. By combining IPS and LED technologies, the IPS6 monitor boasts a viewing angle wider than conventional LED monitors and uses less energy, while still providing superior picture quality.