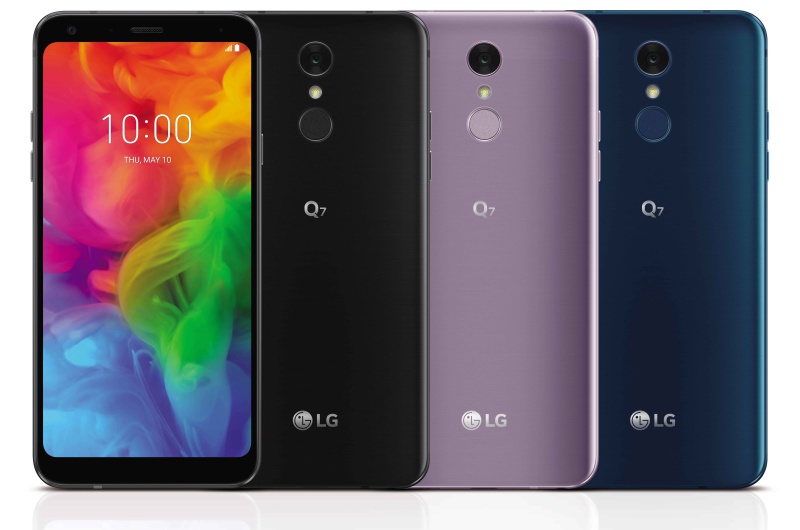 Nearly a year after launching the midrange Q series, LG announced three new members to the lineup - the Q7, Q7+and Q7α. Staying true to the philosophy of the Q series, the three models come with several premium features typically found in more expensive flagship smartphones like the G7+ Thin Q.

All three handsets are powered by either the 1.5GHz octa-core or 1.8GHz octa-core processors, Android 8.0 Oreo, a 3,000mAh battery, and have a 5.5-inch 18:9 FullVision Display (2,160 x 1,080 pixels). As for the RAM, internal storage capacity and camera specs, the three models come in these configurations:

LG states that the availability of the three Q7 models will vary across regions and markets. Pricing and purchase details will be revealed locally at the time of availability. The Q7+ and Q7 come in three colors (aurora black, moroccan blue and lavender violet) while the Q7α is only available in moroccan blue. Shipment will begin in early June to key markets in Europe, followed by countries in Americas and Asia.

Join HWZ's Telegram channel here and catch all the latest tech news!
Our articles may contain affiliate links. If you buy through these links, we may earn a small commission.
Previous Story
HMD raises $100 million to expand Nokia phone range and sales channels
Next Story
NVIDIA releases a 3GB GeForce GTX 1050 for gamers on a tight budget