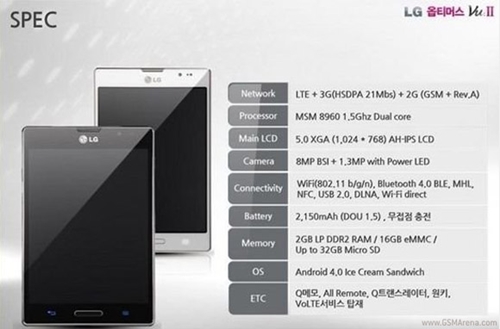 Update: The LG Optimus VU II's specs have been leaked and will reportedly be powered by a 1.5GHz dual-core Snapdragon S4 MSM8960 processor and 2GB of RAM. It will be running on Android 4.0 Ice Cream Sandwich and feature a 5-inch, 1024 x 768 pixel screen with a 4:3 aspect ratio.

While we haven't gotten hold of the LG Optimus Vu yet in Singapore, LG has gone ahead and announced its successor, the Optimus Vu II. The device will be available in Korea in September - its list of specifications remains unknown for now but we are assuming that the device will take after its predecessor's 4:3 aspect ratio and 5-inch or bigger touch screen. Check out our hands-on article and video on the Optimus Vu during MWC here. 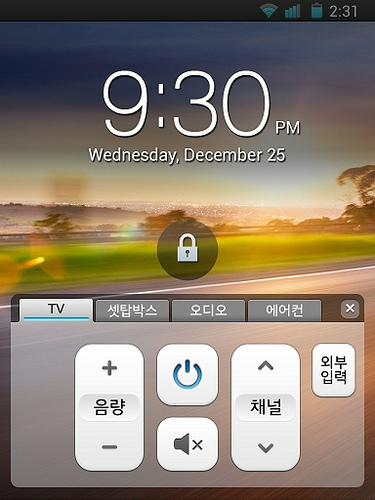 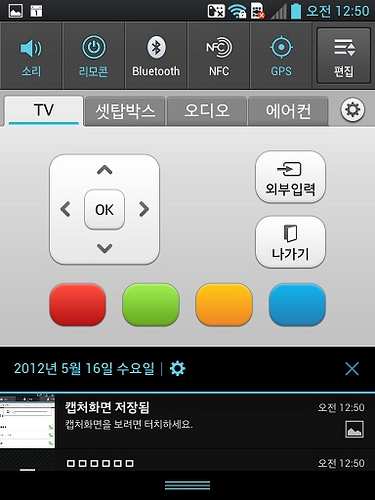 Here's what we know so far: the Optimus Vu II will support NFC and comes with a built-in IR blaster.

We are expecting it to make a show at IFA this year, so stay tuned for more details as we bring you coverage straight from the floor in the next few days.

Sources: LG Newsroom (Korea) via TechnoBuffalo, IT tong via GSMArena

Join HWZ's Telegram channel here and catch all the latest tech news!
Our articles may contain affiliate links. If you buy through these links, we may earn a small commission.
Previous Story
HP Announces New Windows 8 Consumer and Business PCs
Next Story
Oo.sg Helps You Find the Cheapest Books in Singapore (Update)