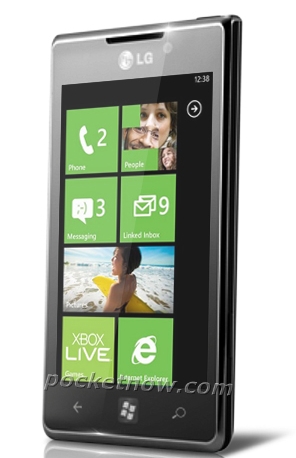 *Update: Mobilissimo.ro,a Romanian website uploaded a hands-on video of the LG Miracle running on Windows Phone Tango. As seen in the video, Windows Phone Tango looked no different from the current Windows Phone user interface. However, it is said to have a minimum requirement of 256MB RAM.

Pocketnow obtained a leaked image of LG's upcoming Windows Phone handset, the Miracle which is expected to be unveiled at Mobile World Congress (MWC) 2012. Some of its alleged specs include:

The presence of the NFC chip seems to suggest that the LG Miracle is likely to support NFC applications when Windows Phone 8 Apollo is released in Q4 2012. Given its specs, the Miracle will compete in the same market segment as the Samsung Omnia W although the latter has a more powerful 1.4GHz processor. LG is also expected to launch two other Android devices, the P700 and P880 at MWC 2012.