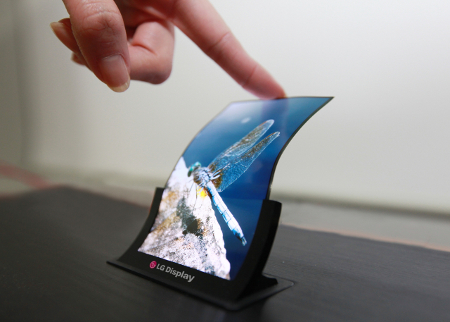 LG surprised the CES 2013 crowd with its curved OLED TV earlier this year, and it seems the South Korean electronics company isn't just stopping at curved TV displays. It will also begin mass production of a flexible 6-inch OLED panel for smartphones. The flexible display will be built on plastic substrates instead of glass. A protection film attached to the back of the panel will make it bendable and unbreakable. Each panel is 0.44mm thin, and the 6-inch panel will weigh 7.2g.  With its home rival, Samsung, announcing plans to introduce a smartphone with a curved display in October, it appears LG is aiming for an early lead in the flexible display market.