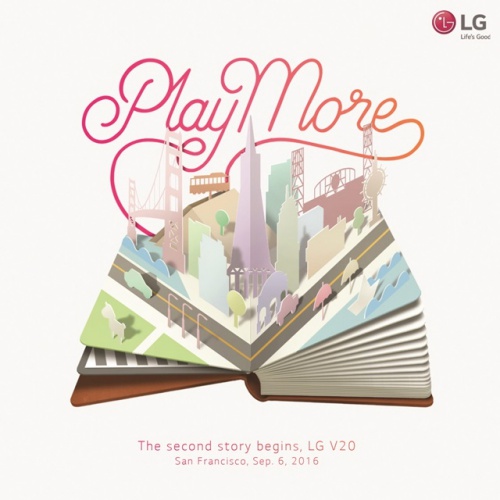 Days after confirming that the V20 smartphone will be launched in September, LG has sent out press invites for an event on 6th September in San Francisco.

LG will also be holding an event in Seoul on 7th September. The timings of both events coincide with the rumored launch of the Apple iPhones (2016) on 6th September. Would the V20 be overshadowed by the new iPhones?

Join HWZ's Telegram channel here and catch all the latest tech news!
Our articles may contain affiliate links. If you buy through these links, we may earn a small commission.
Previous Story
Silverstone launches new Tundra TD03-E liquid-cooling block
Next Story
Samsung may bring the iris scanner to its mid-range smartphones