LG has a smaller 8K OLED TV this year, but it’s still going to be expensive

LG has a smaller 8K OLED TV this year, but it’s still going to be expensive 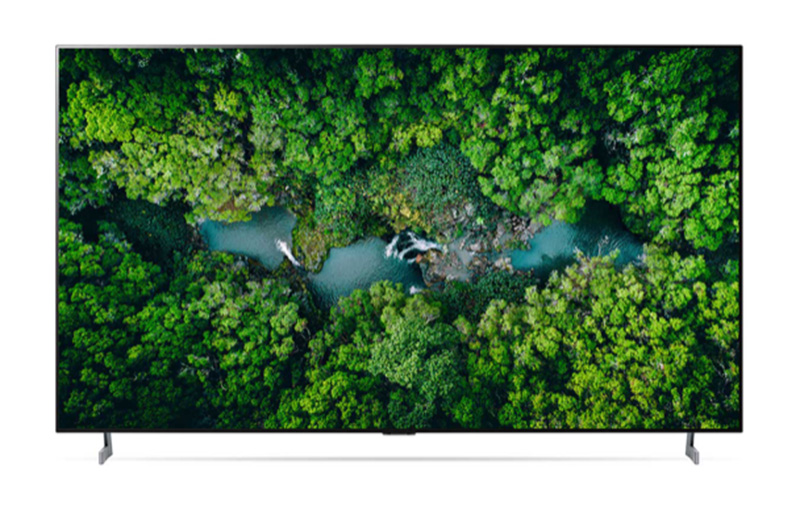 Samsung isn’t the only TV manufacturer that’s pushing for 8K this year; at CES earlier this year, Korean rival LG has unveiled no fewer than eight 8K models from its OLED and NanoCell LCD series.

If you remember, LG announced the OLEDZ9 at the same event last year, and that TV, which only arrived here last November, is only available in an 88-inch screen size and costs a staggering S$60K. While LG has yet to announce the prices for the 2020 models, the OLED77ZX is expected to be at least a few grand more affordable than the OLED88ZX.

In terms of design, the 77-inch doesn’t have the 88-inch ZX and Z9’s art furniture design, which means it comes with standard TV feet instead of the bigger TVs’ cabinet-type floor stand. For audio, the main difference is that the 77-inch ZX has a weaker woofer than the 88-inch ZX (20W vs. 40W) and its speakers fire downward instead of forward.

Otherwise, the 8K OLEDs are quite similar to the 2020 4K OLEDs. For instance, the ZX series is also equipped with LG’s newest A9 Gen 3 processor. Versus the Gen 2 chip, it’s supposedly better at doing upscaling (uses deep learning), which can only be good news considering that most people getting the TV are unlikely to have a lot of native 8K content to begin with.

Speaking of Dolby Vision, there’s now an upgraded version called Dolby Vision IQ. Put simply, the TV is able to use its onboard sensors to detect ambient lightning changes and pair that data with the dynamic metadata of the Dolby Vision content to better adjust HDR picture brightness. Apparently, Dolby Vision IQ requires new hardware, so you will only find it on LG’s 2020 range (all 8K OLED and 8K NanoCell TVs, all 4K OLED TVs and select 4K NanoCell TVs).

Both ZX OLEDs also support NVIDIA G-Sync and FreeSync. LG seems to imply that FreeSync support will come out of the box, which is different from the 4K OLEDs that require a firmware update. My educated guess is that’s because the ZX OLEDs are only shipping much later this year, after FreeSync is already available for the 4K TVs that have shipped months earlier. Remember, last year’s Z9 only arrived in Q4.

Additionally, like their 2020 4K siblings, the ZX supports HGiG for improved HDR gaming performance (games need to support it, too). For those wondering, this mode was first added late last year to select 2019 models.

Once again, I’ve no official word on the release date or pricing for these new LG 8K TVs. I’ll share them once LG Singapore has finalised the details.

Join HWZ's Telegram channel here and catch all the latest tech news!
Our articles may contain affiliate links. If you buy through these links, we may earn a small commission.
Previous Story
Huawei says its upcoming P40 series phones will set new records in mobile photography
Next Story
Samsung on track to mass produce consumer MicroLED TVs this year