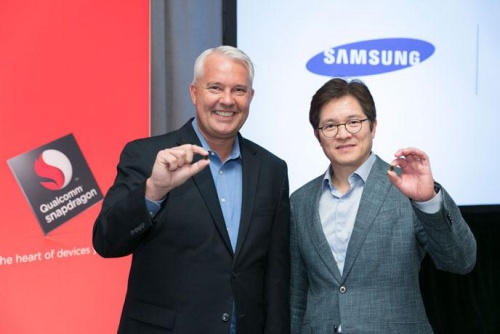 The Samsung Galaxy S8 could very well be the first smartphone to be powered by Qualcomm's latest Snapdragon 835 processor.

According to the Forbes and The Verge, Samsung has managed to secure the bulk of the first Snapdragon 835 processor for its Galaxy S8 which is expected to be available in South Korea on 14 April. Korean publication ETNews also pointed to the same date of availability for the Galaxy S8.

No other phone makers will have access to the Snapdragon 835 chipset including LG's upcoming G6 flagship smartphone. The G6 is said to be running on the Snapdragon 821 processor. The G6 will be announced at next month's Mobile World Congress 2017 and is expected to be available on 10 March.

However, one Android phone maker told The Verge that it is confident working with the Snapdragon 821 processor to skip the latest chipset. Another Android vendor stated that the Snapdragon 835 "was always going to be too late for the annual early-spring refresh among flagship Android smartphones". This could also be the reason why HTC's recently announced U Ultra phone is powered by a Snapdragon 821 chipset.

Join HWZ's Telegram channel here and catch all the latest tech news!
Our articles may contain affiliate links. If you buy through these links, we may earn a small commission.
Previous Story
Hugo Barra departs Xiaomi and joins Facebook as head of Oculus VR
Next Story
Usher in the Year of the Rooster with these specials from Apple