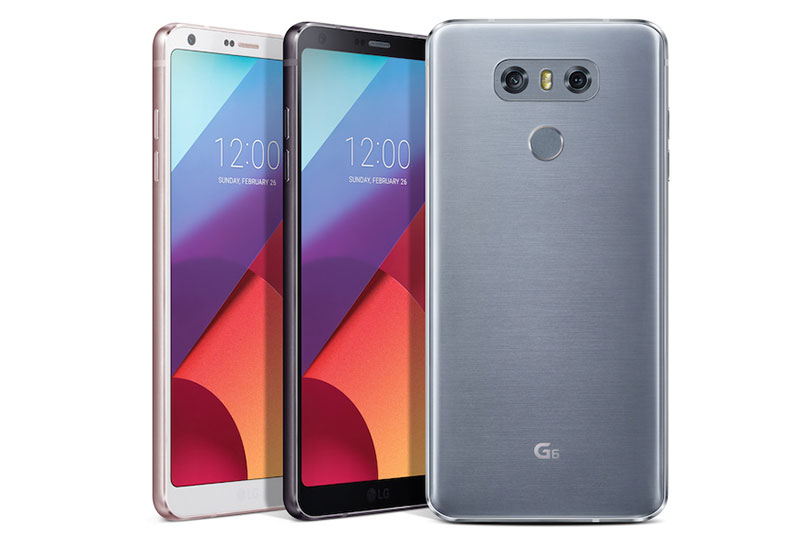 LG’s G6 smartphone can hardly be considered a surprise now, not after the deluge of leaks and teasers in the run-up to the phone’s announcement. But with the official announcement of the G6, LG has now confirmed what we all already expected – the G6 is a strapping, premium smartphone with most of the features you’d expect in 2017, save for the processor.

It is powered by a Qualcomm Snapdragon 821 chip, the same as that on 2016 phones like the Google Pixel XL and OnePlus 3T. If you’re wondering why it doesn’t come with the newer Snapdragon 835, maybe you have Samsung to blame for that.

Here’s a summary of the key specifications:

At its launch announcement, LG repeatedly emphasized its focus on giving consumers what they wanted. This means a big screen without the traditional compromises that come with it, so LG chose to chop away at the bezels and squeeze a 5.7-inch screen into a 5.3-inch body. What you get is a big phone that you can actually hold or slip into your back pocket, a huge part of the G6’s usability experience.

Another of the big changes to arrive on the G6 is LG’s swerve away from the modular design on the G5. That approach is dead now, and the G6 instead boasts a simple, elegant design with what it says are “unifying lines” and a camera that’s completely flush with the back.

That said, the main draw of the phone is still its 2,880 x 1,440-pixel display, with its odd 18:9 aspect ratio. According to LG, this eliminates the need to crop film, among other benefits, and can provide a more cinematic and realistic experience with both videos and games. However, content will need to be created for the 18:9 screen – you might get graphical glitches or black bars on all sides otherwise – and LG says it is already encouraging developers to enable support.

The user experience has been tweaked to take advantage of the screen as well, and certain camera features use square photos (the 18:9 aspect ratio is really two adjacent squares) to juxtapose two images side by side for varying effects.

For instance, Guide Shot lets you use an older photo for reference in emulating a posed shot, while Match Shot lets you combine two photos for quirky effects, like slapping a dog's head on your friend's body. The square format is great for Instagram pictures as well, but perhaps less ideal for other platforms.

Like the V20 and G5 before it, the G6 also has two rear cameras. One of these is a normal lens, while the other shoots at a wide 125-degree angle. Both are powered by a 13-megapixel Sony IMX258 sensor, and the regular camera has a f/1.8 lens with OIS while the wide-angle has a less impressive f/2.4 lens with no stabilization.

Other features include Dolby Vision and HDR10 support and, perhaps most welcome of all, Android 7.0. It’ll also ship with Google Assistant, bringing a previously Pixel-exclusive feature to still more users.

We don't have any news on price yet, but LG says that its most fully-featured phones moving forward will be V-series models, while the G-series will target a lower price point.

Join HWZ's Telegram channel here and catch all the latest tech news!
Our articles may contain affiliate links. If you buy through these links, we may earn a small commission.
Previous Story
Huawei announces P10 and P10 Plus at MWC 2017
Next Story
Razer has a power bank to boost the battery life of your laptop