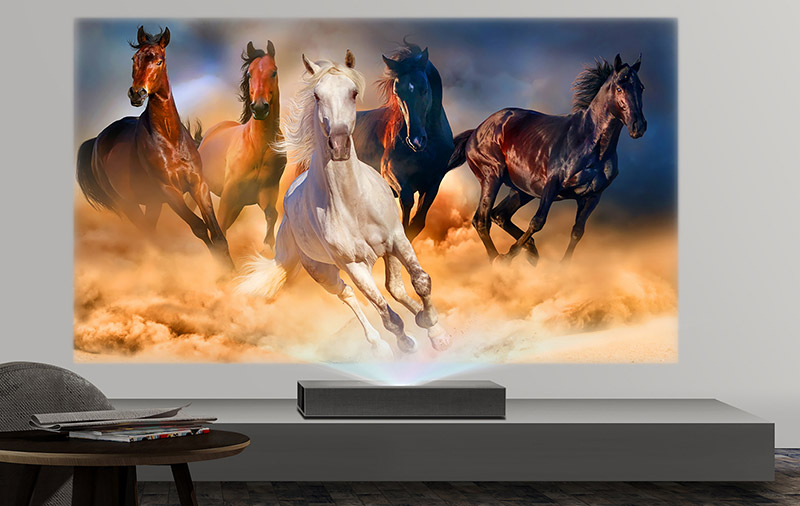 Speaking of interesting projectors at IFA, LG is also bringing its CineBeam 4K UHD projectors to the Berlin trade show.

While both projectors tout native 4K resolution, their light source is different: the HU85L uses a laser + LED hybrid light source, while the HU70L uses an LED light source. Either way, you get a very long lifespan — up to 20,000 hours for the HU85L and 30,000 hours for the HU70L. Also, despite using DLP technology, LG claims its “wheel-less” implementation “practically eliminates distracting visual artefacts such as the rainbow effect, clouding and colour distortion.”

To delve into the nitty-gritty, the HU85L employs a 3-channel laser system that has two individual lasers for the red and blue colours. The green is actually generated by the aforementioned wheel-less laser and LED technology and another blue light source. According to LG, this system is what enables the HU85L to achieve a 97% DCI-P3 coverage and 2,000,000:1 contrast ratio. 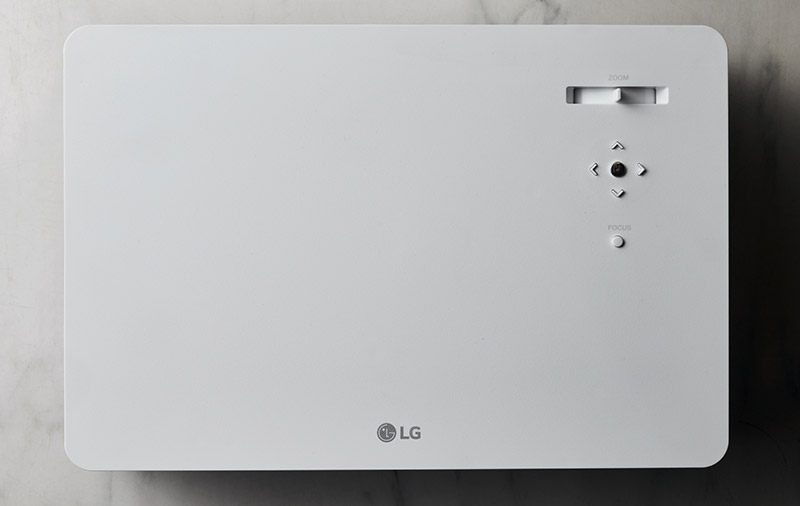 On the other hand, the more compact HU70L uses three LEDs to create the red, green and blue, and another LED to enhance the brightness and contrast and tweak the green levels. Sporting a maximum brightness of 1,500 ANSI lumens, the HU70L covers 92% of the DCI-P3 gamut and offers a 100-inch picture when placed just 2.7m from the wall.

In terms of common features, both the HU85L and HU70L support HDR10 and uses the same engine to upscale Full HD content to 4K-like quality. They've the same I/Os, including two USB-A ports, one USB-C port, and one Ethernet port. Like LG's TVs, they run webOS and come pre-installed with apps to work with streaming services such as Netflix and YouTube.

Join HWZ's Telegram channel here and catch all the latest tech news!
Our articles may contain affiliate links. If you buy through these links, we may earn a small commission.
Previous Story
ASUS' ProArt StudioBook One laptop is the first to come with NVIDIA Quadro RTX 6000 graphics
Next Story
Razer's Blade Stealth 13 ultrabook gets Intel's 10th Gen chips and NVIDIA's GeForce GTX 1650