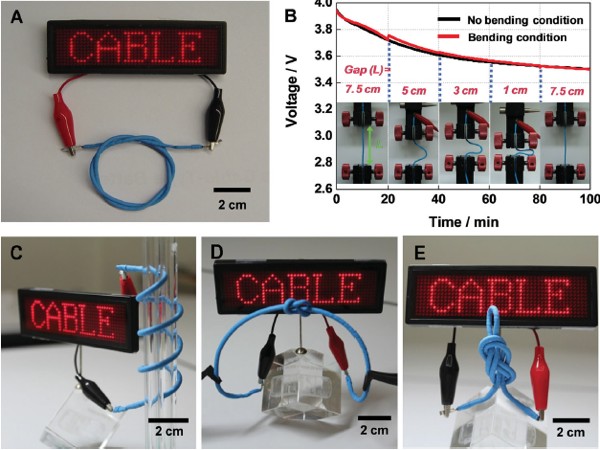 For ‘Stepped Battery’, it’s been in production since July, and is already found in the LG G2 smartphone. By putting a battery on top of another in a ‘step design’, it’s able to fill up available space within a device that’s otherwise hard to get to. LG Chem also has plans to stack more batteries into a single type based on customer needs.

As its name implies, LG’s ‘Curved Battery’ is meant for devices with a curved screen or design, such as smartphones, watches, and glasses, and it’s based on the company’s Stack & Folding technology that reduces physical stress for such curved battery packs. Mass production has already started, and it’ll soon be featured in LG’s smartphones.

For wearable devices such as smart watches, LG also has a ‘Cable Battery’. This battery is bendable and can even be tied in a knot. It’s also waterproof.

Join HWZ's Telegram channel here and catch all the latest tech news!
Our articles may contain affiliate links. If you buy through these links, we may earn a small commission.
Previous Story
Samsung to Announce Smartphone with Curved Display in October (Update: Leaked Images)
Next Story
Dell Empowers Next Gen Workforce with Latest Range of Devices