It’s a weird flex by LG, but its technical capabilities are still impressive. LX3’s OLED display can be flat like an airport runway, while also going up to 900R curvature with twenty stops in between (5% difference per stop).

It can also be tilted 10° towards or 5° away from the user, with a height-adjustable stand that goes up or down by 140mm. Put together, the LX3 offers comfort with its bendy screen.

As a TV at 42 inches, it offers 100% colour fidelity (CIE DE2000 certified), a response time of 0.1ms with low input lag, and other eye comfort perks like glare-free certification and an anti-reflection coating to accompany its OLED panel. 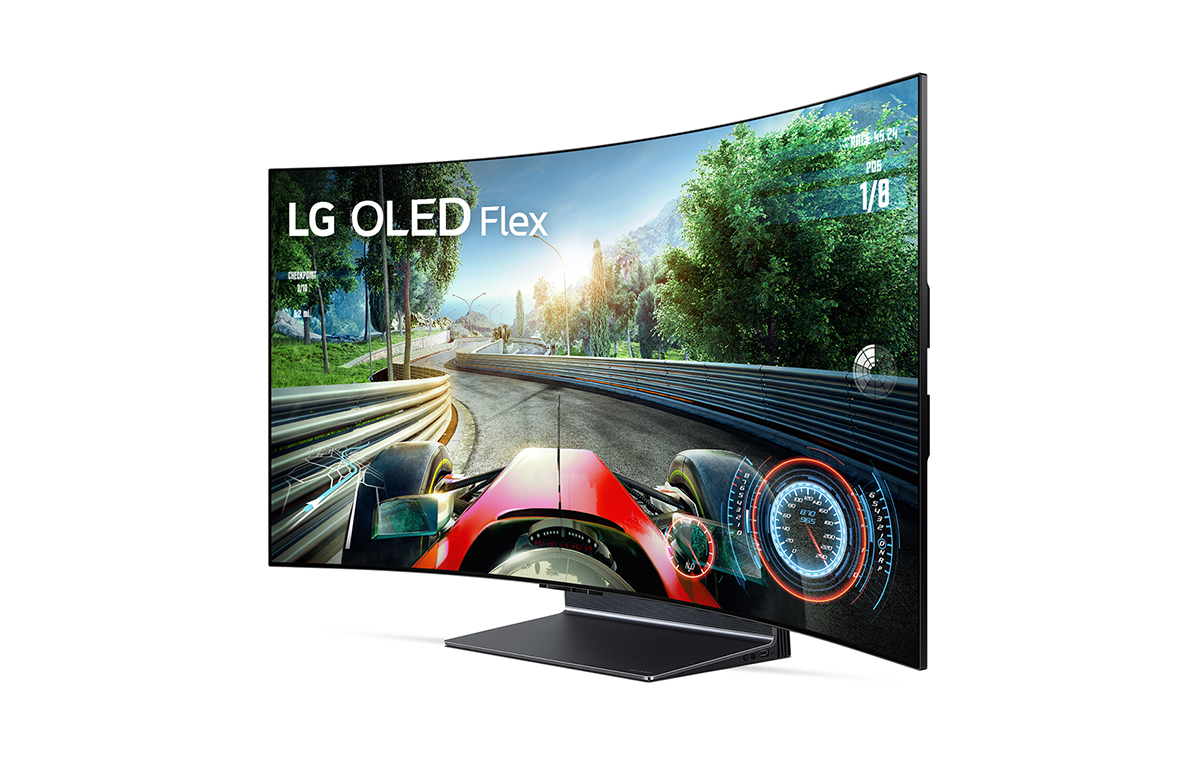 Other perks include support for Dolby Vision, video gaming at 4K resolution with 120Hz refresh rate, HDM2.1 compatibility, on top of support for both AMD’s FreeSync and NVIDIA G-Sync framerate resolution tech. That’s not forgetting its dual 40W built-in speakers with Dolby Atmos support either.

According to LG’s official statement, the LX3 also has 27 and 32 inches options alongside its 42-inch variant. Whichever size you choose would still have LG’s Gaming Dashboard menu for adjusting your video game's framing and positioning. There’s also a Game app that provides shortcuts to content streaming platforms like Twitch and YouTube, and a dedicated game sound settings page with AI Game Sound and Dolby Atmos support settings.

Another perk of the LX3 is Multi View mode, which allows users to watch content from two different sources simultaneously and select their preferred audio track from either stream. An example of Multi View mode would be watching YouTube videos in one panel and playing a PC or console videogame in the other.

The LG OLED Flex lineup and the LG OLED Flex LX3 are on display at IFA 2022, located in LG’s booth (Hall 18) of Messe Berlin (Messedamm 22, 14055 Berlin, Germany). Our local LG representatives said that the LX3 would be coming to Singapore, with more details like pricing and retail touchpoints to be released later.

Join HWZ's Telegram channel here and catch all the latest tech news!
Our articles may contain affiliate links. If you buy through these links, we may earn a small commission.
Previous Story
Make the jump to first-class Wi-Fi 6 connectivity with Singtel
Next Story
Next-generation USB4 will deliver speeds of up to 80Gbps using existing USB-C cables