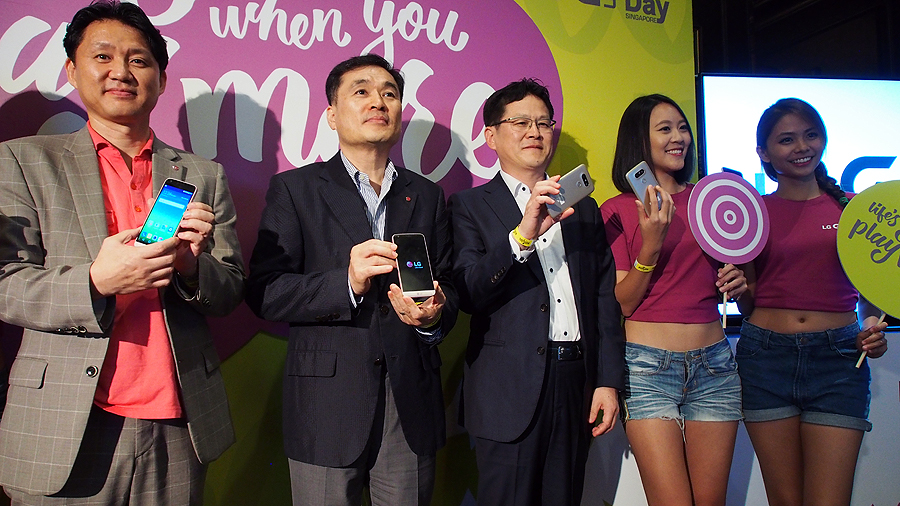 The LG G5 flagship modular smartphone is finally coming to Singapore. Today, LG announced the pricing and availability of the phone itself, and the accessories that were also revealed at MWC 2016.

As a modular smartphone, the aluminum LG G5 comes with a removable 2,800mAh battery and expandable storage (via MicroSD card up to 2TB) and 4GB RAM. The bottom bezel of the device can be unlatched and replaced with other LG G5 modular attachments, such as the LG CAM Plus and the LG Hi-Fi Plus. 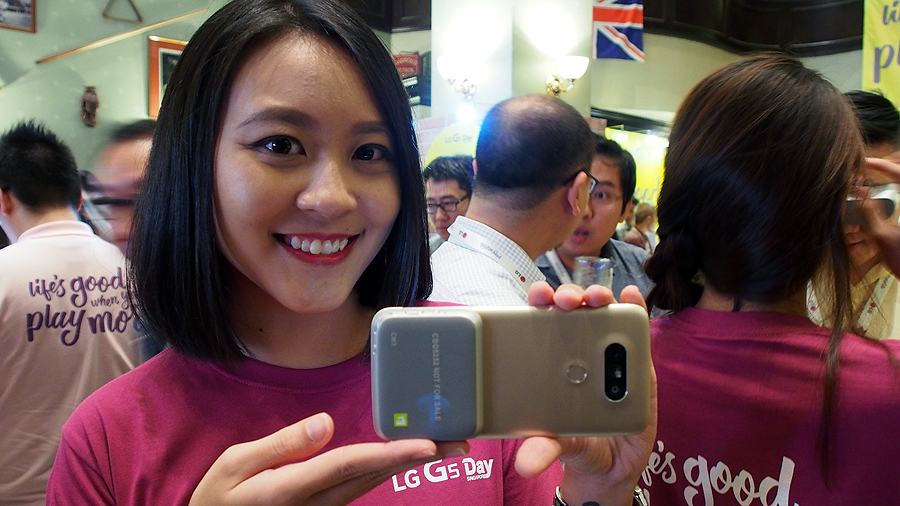 The LG CAM Plus is a camera grip module that provides another 1,200mAh of battery capacity and a host of physical controls. On it, you will find physical buttons for power, shutter, record, and zoom. The LG Hi-Fi Plus DAC (digital-to-analog converter) module has 32-bit Hi-Fi DAC up-sampling capabilities, and it supports 32-bit 384KHz audio playback. The module itself was tuned using B&O PLAY. 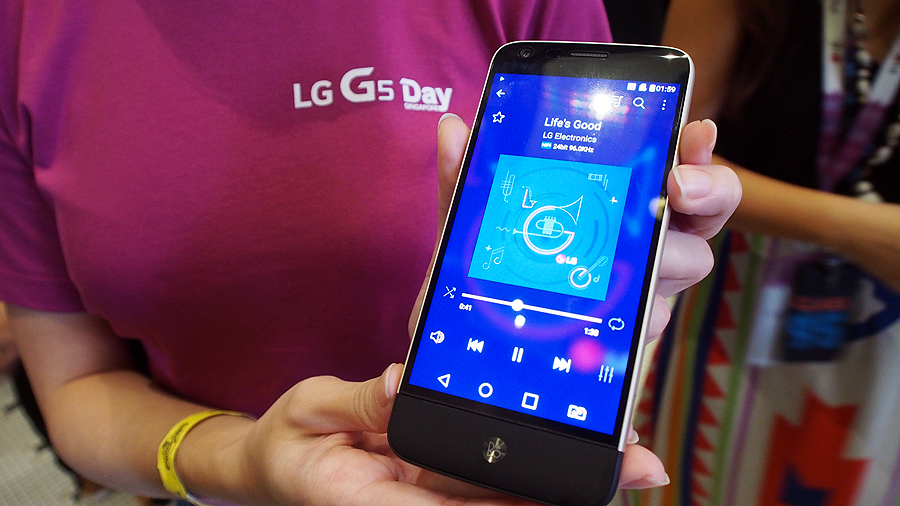 To recap, our MWC 2016 hands-on opportunity with the LG G5 showed that the new LG flagship smartphone came with a 5.3-inch Quad HD (2,560 x 1,440 pixels resolution) IPS Quantum display at 554 PPI. The screen also boasted an Always-On feature, and it displayed the time and date permanently – even if the phone is locked. The LG G5 sported dual rear cameras – a standard 16-megapixels lens with 78-degree field of view, and a wide angle 8-megapixel lens with 135-degrees – LG claimed that the wide angle is 1.7 times wider than angles on existing smartphone cameras, and the second lens handles wide angle shots taken by the phone. 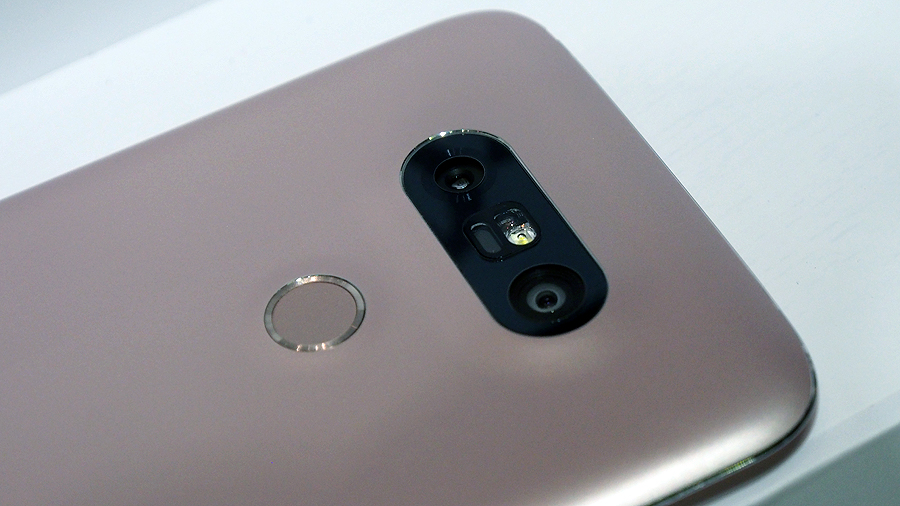 LG also came up with a new selfie mode for its users. Besides their popular Gesture-based selfies, the LG G5 comes with a Auto Shot selfie function that automatically takes photos using its front camera every time it detects a face.

The LG G5 comes equipped with aptX HD, an enhanced audio codec by Qualcomm that supports 24-bit sound over Bluetooth connection. Enjoying high quality wireless audio with aptX HD also requires the audio device to support the codec – one such device would be the LG Tone Platinum.

This is also one of the first flagship smartphones with the 64-bit Qualcomm Snapdragon 820 SoC to come to Singapore. In a nutshell, the Snapdragon 820 SoC boasts twice the power efficiency, and twice the performance over the Snapdragon 810 – the system-on-chip that appeared a fair number of flagship smartphones of 2015 (not the LG G4 though, as it used Snapdragon 808 instead). Snapdragon 820 also lets the phone capture and playback in 4K resolution, with VR optimization. The processor also means that the LG G5 has Qualcomm’s Quick Charge 3.0, which is 27 percent faster and 45 percent more efficient than charging the phone’s battery when compared to its previous generation, according to LG.

LG G5’s launch promotion will net you a complimentary G5’s battery charging kit. You will get an extra battery for the smartphone with a charger (worth S$168). Promotion is available while stocks last.

You can see past coverage of the LG G5 here.

Join HWZ's Telegram channel here and catch all the latest tech news!
Our articles may contain affiliate links. If you buy through these links, we may earn a small commission.
Previous Story
Singtel to start taking pre-orders for iPhone SE from 3pm on March 24
Next Story
Google reportedly developing iOS soft keyboard with search functions