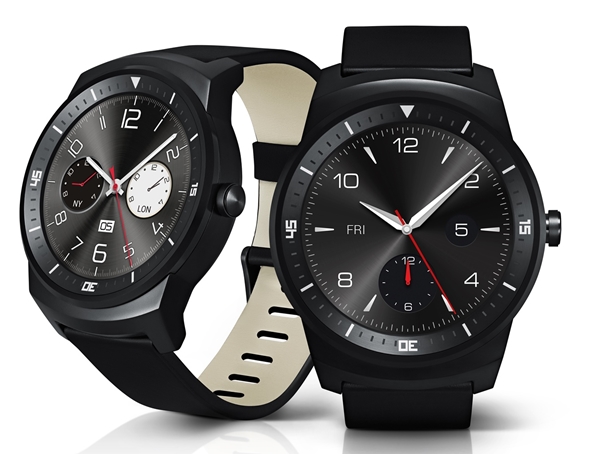 LG Electronics is rapidly expanding its wearable portfolio with its latest G Watch R, which comes about three months after the unveiling of the G Watch at Google I/O 2014.

The G Watch R is the world's first watch-style wearable device to sport a circular Plastic OLED (P-OLED) display and utilizes 100 percent of its watch face. Measuring 1.3-inch, the P-OLED display is said to deliver image clarity even under bright sunlight.

Like its predecessor, the G Watch R runs on a Qualcomm Snapdragon 400 quad-core 1.2GHz processor. 512MB RAM and has 4GB internal storage. It is equipped with a slightly bigger battery at 410mAh.

It is also rated IP67 for water and dust resistance; LG claims that the device is designed to run for up to 30 minutes in 1 meter of water. Taking a cue from Samsung's Gear wearables, the G Watch R can monitor your heart rate via its embedded photoplethysmography (PPG) sensor.

The G Watch R will be available in key markets early in Q4 2014. Prices and details of availability will be announced locally at the time of launch. It is likely to compete with the likes of Samsung Gear S and Apple's upcoming iWatch.