It is the first LG smartphone to sport the company's proprietary OIS+ technology, which adds software anti-shake functionality to the hardware-based feature in the camera module. LG also increased the size and sensitivity of the sensors and lens of the rear and front-facing cameras for better image quality.

The G Pro 2 is capable of 120fps HD video recording and allows you to edit videos in three different speeds - one-half slow motion, one-fourth slow motion and original. It also can record video in ultra-high definition (4K) for playback on 4K TV sets. Following in the footsteps of Apple's True Tone flash on the iPhone 5S, the G Pro 2 offers a much more balanced color temperature and exposure in its natural flash.

There are several new software features that debut on the G Pro 2 such as content lock where users can lock files, photos, videos and memos with a unique password, mini view where the interface is minimized to sizes ranging from 3.4-inch to 4.7-inch for better one-handed operation, and dual browser where two separate browser windows are supported simultaneously.

Price and availability of the G Pro 2 are not confirmed at the time of publication. 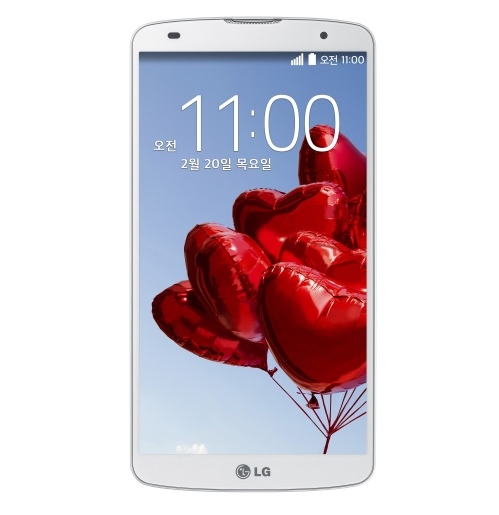 Join HWZ's Telegram channel here and catch all the latest tech news!
Our articles may contain affiliate links. If you buy through these links, we may earn a small commission.
Previous Story
WD's My Cloud Lets You Have a Cloud of Your Own
Next Story
GE Wants to Reinvent the Humble Refrigerator with Magnets