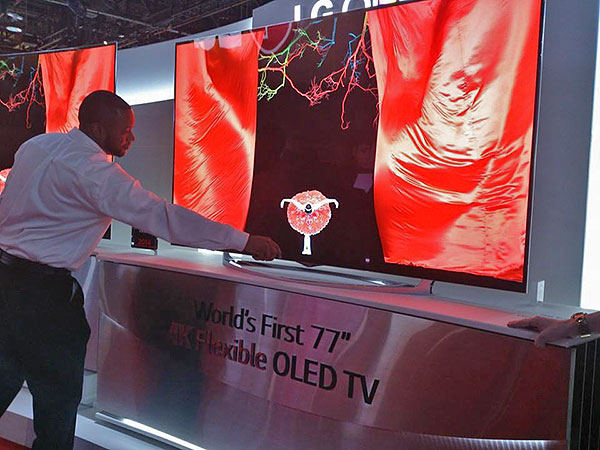 Not willing to be outdone by Samsung’s bendable 4K LED TV, LG at CES 2014 is also showing off its very own flexible OLED TV. Notice that we used the words ‘bendable’ or ‘flexible’ instead of ‘curved’. Because unlike your regular curved TVs, both these prototypes can be turned into a flat display at the press of a remote. One difference between the two is that Samsung’s prototype is an 85-inch TV, while LG’s stands at 77 inches. But since the former’s an LCD TV, and the other’s an OLED TV, both are right in their ‘world’s first’ claims.

Join HWZ's Telegram channel here and catch all the latest tech news!
Our articles may contain affiliate links. If you buy through these links, we may earn a small commission.
Previous Story
SanDisk Connect Wireless Flash Drive Rescues Mobile Devices with No Expandable Storage
Next Story
Intel to Bring Wearables Into Reality with Edison