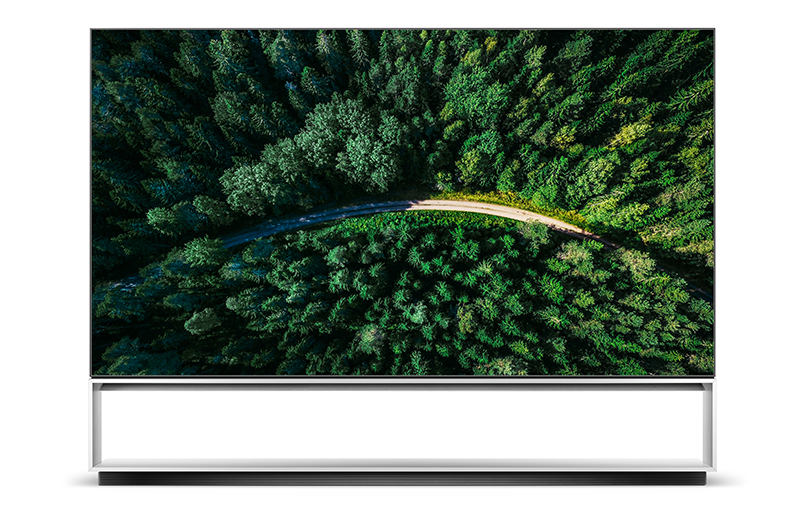 It's a great time to be a couch potato. Apple TV+ launched in Singapore a few weeks ago and Disney+ just launched in the US. There's also no shortage of very large and very expensive TVs.

Just weeks ago, Samsung launched The Wall Luxury in Singapore and now LG is following up with the world's first 8K OLED TV.

The display features Cinema HDR and supports Dolby Vision, Advanced HDR by Technicolor up to 4K, and Hybrid Log Gamma, and HDR10 up to 8K.

Underneath that giant display is LG's second-generation Alpha 9 Gen 2 8K processor. It upscales content to 8K and uses AI to elevate picture and sound quality. LG says it uses "deep learning technology" to identify source quality and optimise it for the best viewing experience.

To match its prodigious display, it comes with an 80W integrated speaker system that can "up-mix" two-channel audio to virtual 5.1 surround sound. It's also WiSA Ready and will work with compatible WiSA speakers and receivers.

As for connections, the LG OLED88Z9 has four HDMI 2.1 ports that support 8K content up to 60 frames per second.

Unsurprisingly, the LG OLED88Z9 is not cheap. It's available now and it will set you back S$59,999. We hope you have been saving up.

Join HWZ's Telegram channel here and catch all the latest tech news!
Our articles may contain affiliate links. If you buy through these links, we may earn a small commission.
Previous Story
Sonic the Hedgehog movie redesign actually looks really good!
Next Story
Stardew Valley is getting a major content update in late November