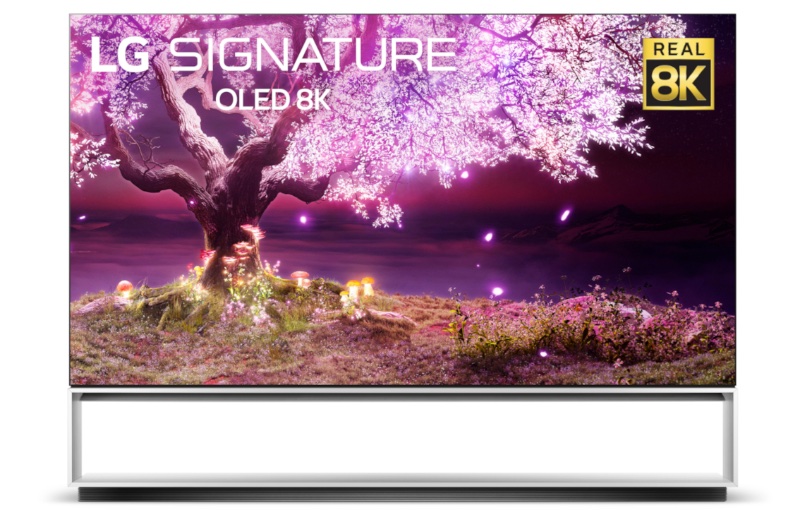 According to the company, they’ve upgraded their TV lineup inside and out with technology and features such as a new OLED panel, a new advanced LCD panel structure that combines Quantum NanoCell colour technology with Mini-LED backlighting for improved colour accuracy and greater contrast, and upgraded AI processor, and a redesigned webOS 6.0 as well as a new remote.

Let’s a take at what it all means.

OLED all the way! 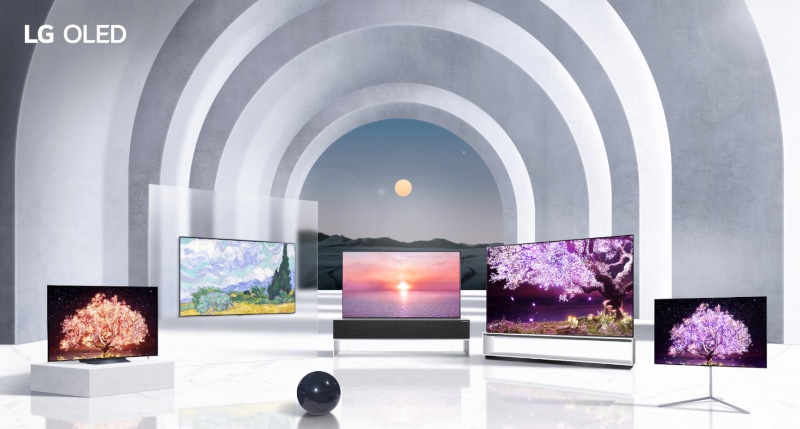 And when it comes to the ultimate viewing experience of OLED, LG is offering consumers more choices than ever before.

LG’s newest G1 series features OLED evo, what LG calls their next step in the evolution of OLED TV technology. These will have higher brightness and punchier images with greater clarity, detail and realism, partly thanks to the new intelligent α (Alpha) 9 Gen 4 processor. There will be three models, in 55-inch, 65-inch and 77-inch versions.

The largest 77-inch and 88-inch displays under the Z1 series are also the only 8K based displays. We don't have any prices for the new TVs yet I'm sure that the 8K models will have quite a few digits before the decimal point. 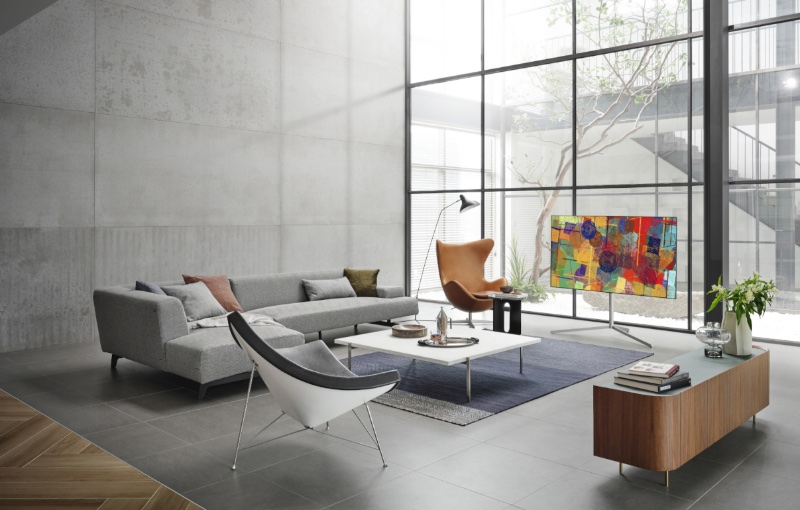 Both the 55-inch and 65-inch TVs in the G1 and C1 series can be used together with LG's new Gallery Stand that is an alternative to wall mounting a TV, giving more choice to users as to how they want to mount their new TV. 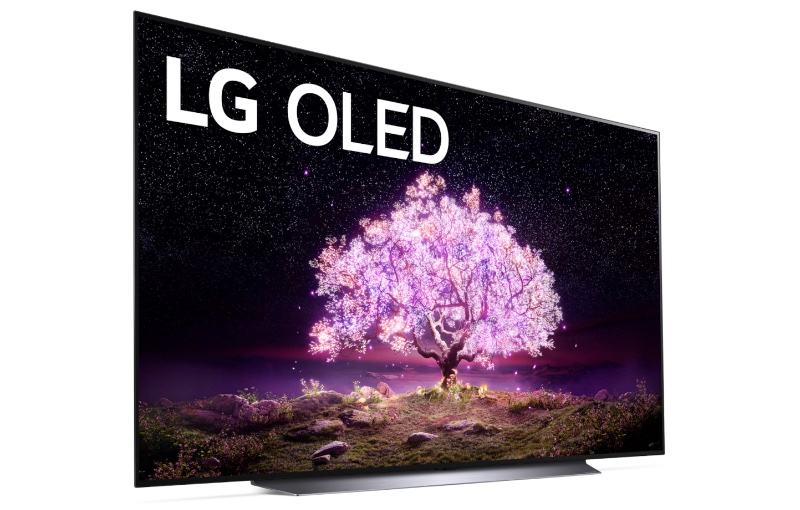 LG said that all of their 2021 TV models will be powered by upgraded fourth-generation α9 Gen 4 processors that utilise deep-learning technologies to provide better image rendering and colour accuracy.

LG said the processors offer better upscaling technology and can analyse video frame by frame to deliver a seamless viewing experience. It does this according to the background or even the content genre, scene conditions, and ambient lighting conditions on the screen. Its artificial intelligence-powered audio technology can also automatically adjust sound volume to level it out for content. It can also up-mix it to 5.1-channel virtual surround sound just using TV speakers. 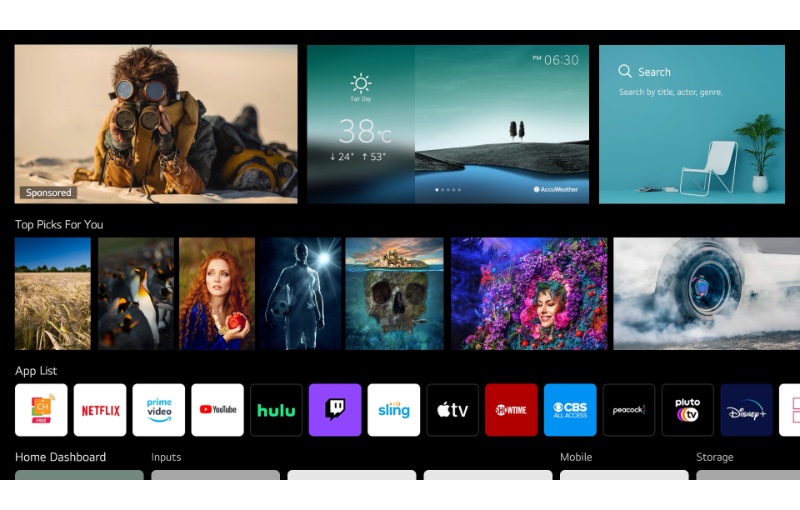 OLED gaming gets even better 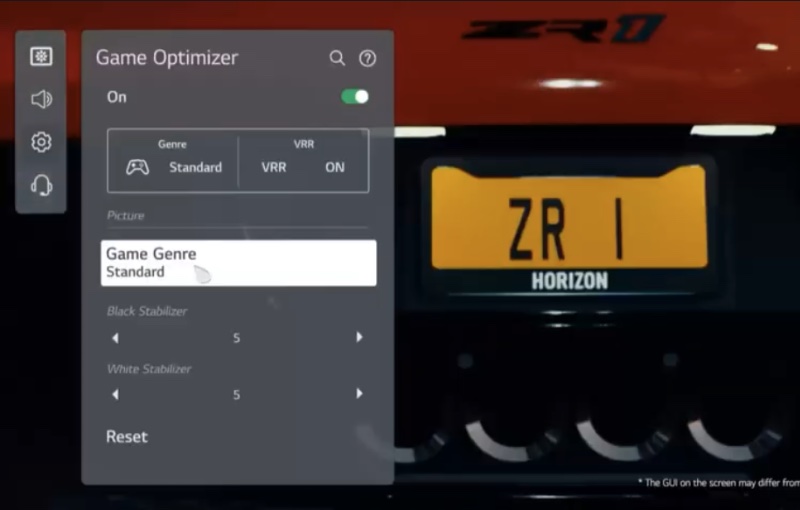 LG’s 2021 OLED TVs are equipped with new features such as Game Optimizer along with a 1-ms response time, and four ports supporting the latest HDMI 2.1 specifications for console connectivity. LG also claims they have low input lag, though details weren't speified. G-Sync and FreeSync are both supported once again and feature variable refresh rate (VRR), all of which can be managed within the Game Optimizer.  The new Game Optimizer's key role is to automatically apply the best picture settings according to the type of the game being played, whether it is a first-person shooter, role-playing game or real-time strategy title.

LG's current OLED TVs are already a good match for gamers and the 2021 editions take them up a notch better with improved convenience and performance.

LG will also support for Cloud Gaming on Google Stadia and have the Twitch app pre-installed.

From OLED to QNED Mini LED 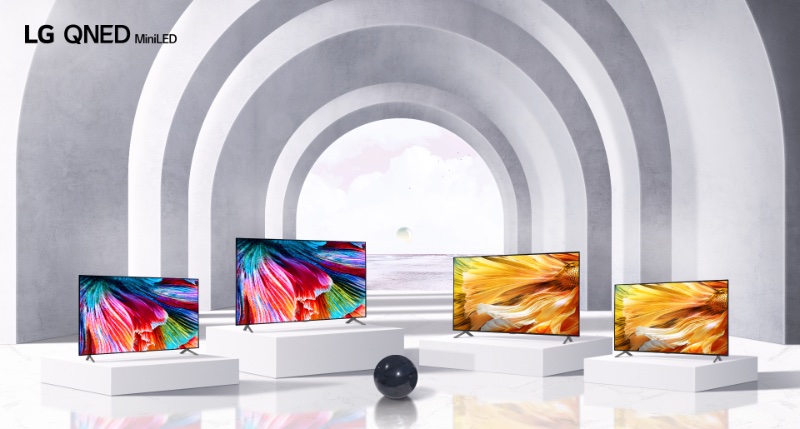 LG will introduce to its TV portfolio, QNED TVs that use new Mini LEDs for backlighting.

Mini LED displays use smaller LEDs than traditional LED displays, to power the TV's backlight needs for LG's non-OLED driven panels. These Mini LEDs will help deliver deeper blacks, better contrast, and colour reproduction to their LCD lineup that will be marketed as QNED TVs. LG’s new QNED Mini LED TVs combine quantum dot and NanoCell technology in one product. It will also support refresh rates of up to 120Hz for smoother and more natural movement.

In an 86-inch 8K QNED TV, LG’s Mini LED backlighting comprises up to almost 30,000 tiny LEDs that produce incredible peak brightness and a contrast ratio of 1,000,000:1 when paired with up to nearly 2,500 dimming zones and advanced local dimming technology.

The QNED TVs will also available in 4K models with screen sizes ranging up to 99-inches.

No details yet of availability, but we'll update this space when we get word.

Samsung and Sony moves for CES 2021

But LG's competition hasn't been idle either. Samsung announced a 110-inch MicroLED 4K TV for the home. As well as some Mini LED 8k TVs.

Sony showcased a new Bravia XR TV range will come with what the company is calling a Cognitive Processor XR and up to 8K video resolution.

Join HWZ's Telegram channel here and catch all the latest tech news!
Our articles may contain affiliate links. If you buy through these links, we may earn a small commission.
Previous Story
LG UltraGear is teaming up with Gen.G to expand its global esports presence
Next Story
iPhone 12 with MagSafe may interfere with pacemakers according to medical study