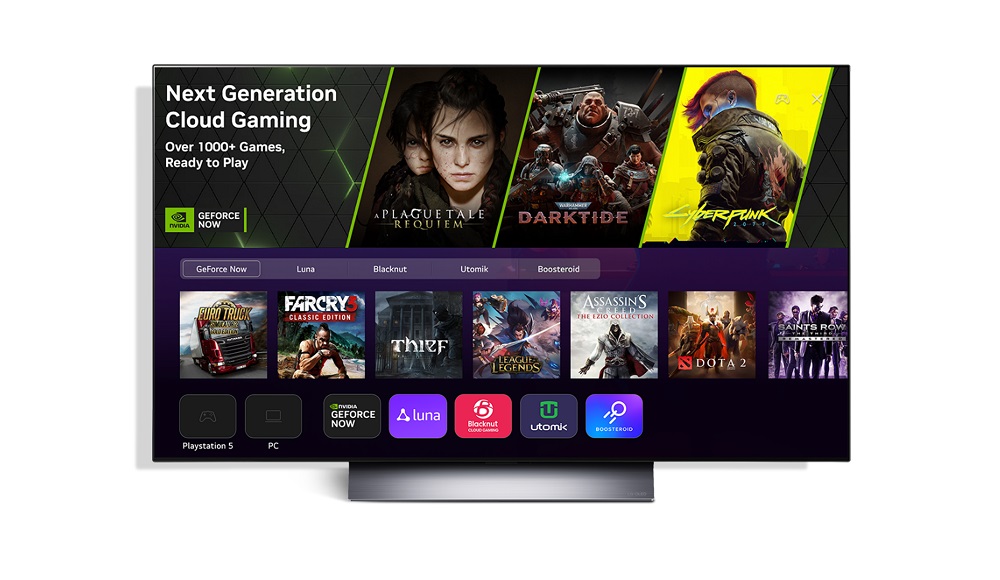 GeForce Now was already available in Full HD resolution (1080p) on LG TVs launched in 2021 and 2022. With this announcement, LG extends GeForce Now to 2020 LG TV models, on top of bringing 4K resolution support with 60 frames per second “on select models later this year” for GeForce Now Ultimate users, which is a brand new tier that was just announced.

As most users would already understand, cloud gaming relies on an active Internet connection to stream game titles you already own or purchased on its related service. To give you an example – GeForce Now lets you play games you own, including supported titles you have on Steam and Epic Games. You don’t actually download the game’s asset files or update patches onto your LG TV – all you need (additionally) is an appropriate controller for the game, and the entire experience is streamed to your TV via the Internet.

For Amazon Luna (available only in the U.S. at the time of writing), there’s a free tier for Amazon Prime members which includes a list of games (rotated regularly by Amazon). There are also different subscriptions, either by Channels or with Amazon’s partners if you have a specific taste for certain publishers or games.

Join HWZ's Telegram channel here and catch all the latest tech news!
Our articles may contain affiliate links. If you buy through these links, we may earn a small commission.
Previous Story
Razer Edge Cloud Gaming handheld to launch on Jan 26 in the US
Next Story
HP unveils new Dragonfly Pro notebooks and accessories aimed at hybrid work at CES